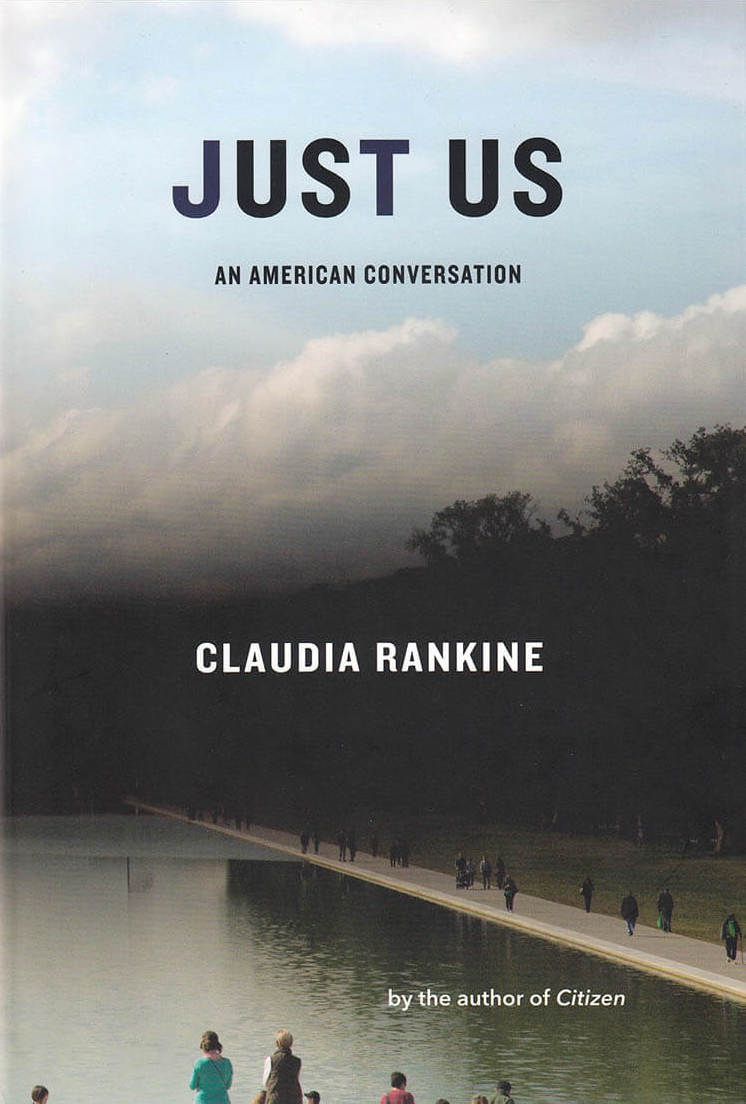 As everyday white supremacy becomes increasingly vocalized with no clear answers at hand, how best might we approach one another? Claudia Rankine, without telling us what to do, urges us to begin the discussions that might open pathways through this divisive and stuck moment in American history.

Just Us is an invitation to discover what it takes to stay in the room together, even and especially in breaching the silence, guilt, and violence that follow direct addresses of whiteness. Rankine’s questions disrupt the false comfort of our culture’s liminal and private spaces—the airport, the theater, the dinner party, the voting booth—where neutrality and politeness live on the surface of differing commitments, beliefs, and prejudices as our public and private lives intersect. 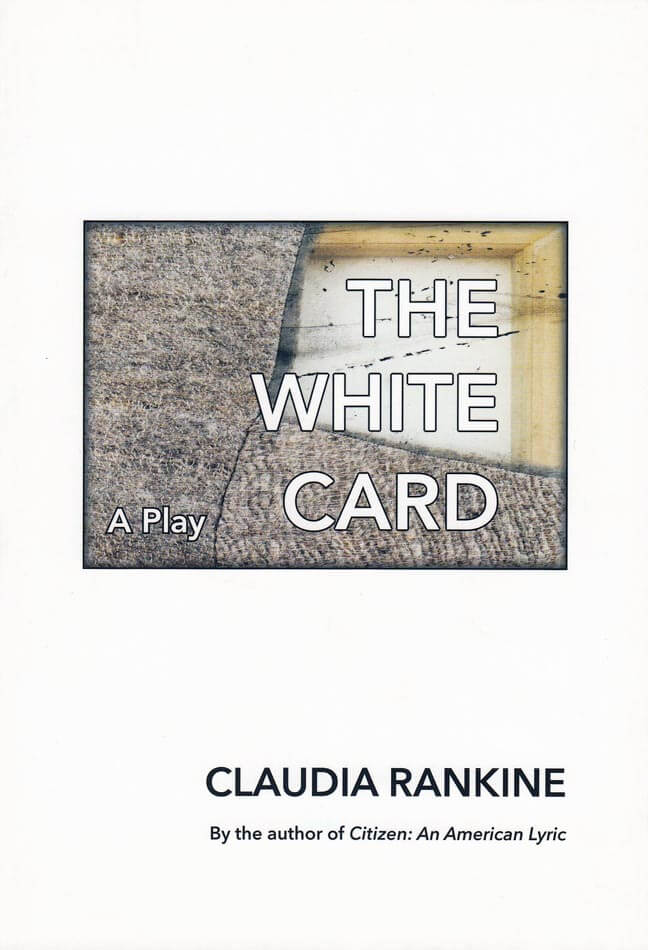 The White Card stages a conversation that is both informed and derailed by the black/white American drama. The scenes in this one-act play, for all the characters' disagreements, stalemates, and seeming impasses, explore what happens if one is willing to stay in the room when it is painful to bear the pressure to listen and the obligation to respond.
--from the introduction by Claudia Rankine

Composed of two scenes, the play opens with a dinner party thrown by Virginia and Charles, an influential Manhattan couple, for the up-and-coming artist Charlotte. Their conversation about art and representations of race spirals toward the devastation of Virginia and Charles's intentions. One year later, the second scene brings Charlotte and Charles into the artist's studio, and their confrontation raises both the stakes and the questions of what--and who--is actually on display. 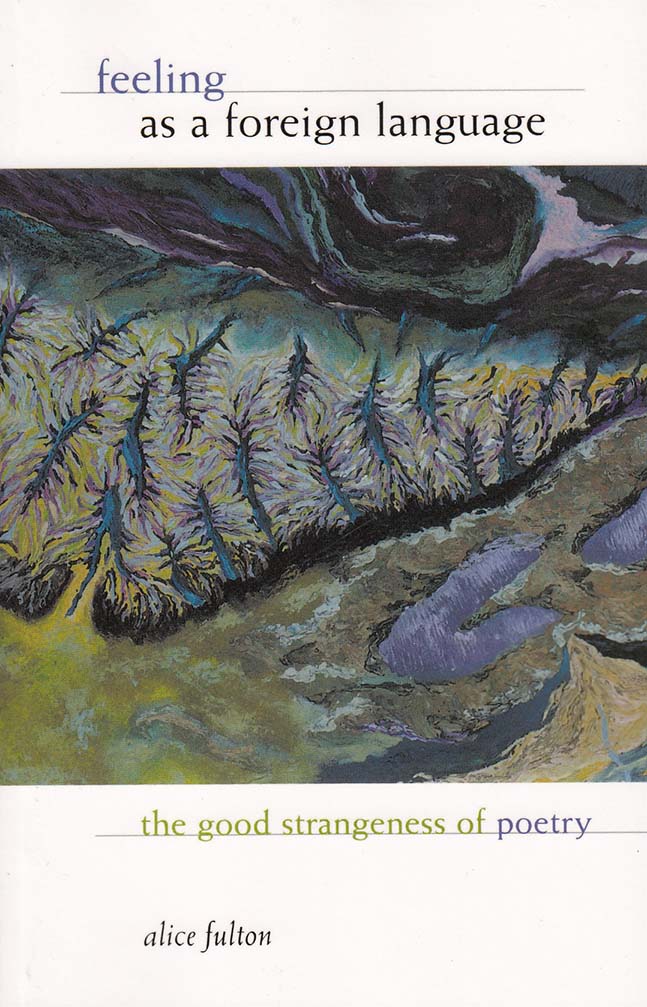 In Feeling as a Foreign Language, poet and critic Alice Fulton considers poetry's uncanny ability to access and recreate emotions so wayward they go unnamed. How does poetry create feeling? What are fractal poetics?

In a series of provocative, beautifully written essays concerning "the good strangeness of poetry," Fulton contemplates the intricacies of a rare genetic syndrome, the aesthetics of complexity theory, and the need for "cultural incorrectness." She also meditates on electronic, biological, and linguistic screens; falls in love with an outrageous 17th-century poet; argues for a Dickinsonian tradition in American letters; and calls for a courageous poetics of "inconvenient knowledge."

Recyclopedia shows the extraordinary development of Harryette Mullen's career, in her books Trimmings, S*PeRM**K*T, and Muse & Drudge, all originally published in the 1990s and now available again to new readers. These prose poems and lyrics bring us into collision with the language of fashion and femininity, advertising and the supermarket, the blues and traditional lyric poetry. Recyclopedia is a major gathering of work by one of the most exciting and innovative poets writing in America today.