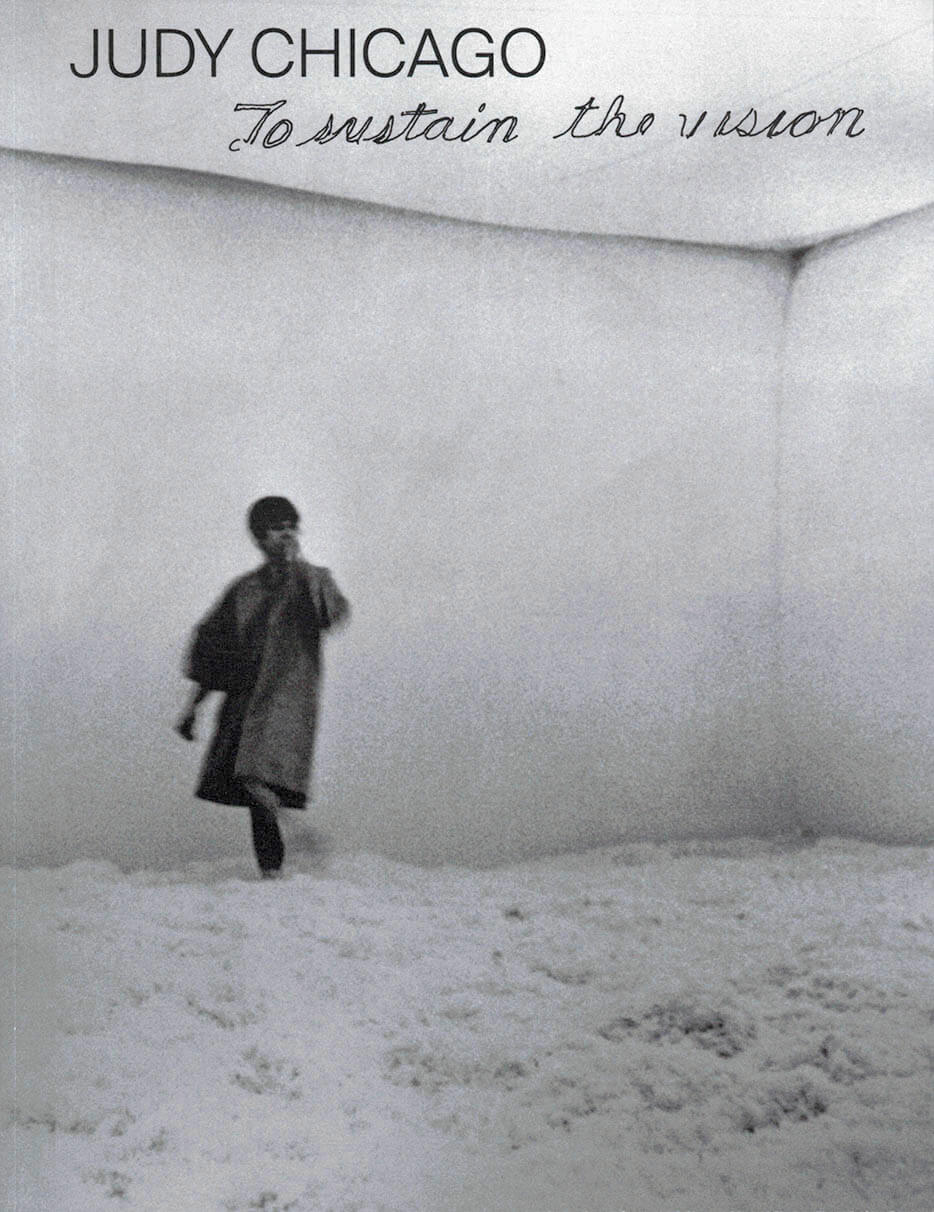 Monograph bringing together some fifty works by Judy Chicago and unpublished documents, accompanied by three critical texts by Géraldine Gourbe.

Judy Chicago says she wants to live as long as possible; not to transcend her mortal condition, but to be  around as her works successively find recognition. A woman holding out against all odds: such is the image of an artist more a visionary than the pioneer she has so often been described as. Unlike the pioneers, Chicago has never joined the “greats” of the white, modernist, Eurocentric canon. Rather she has avoided this historical snare, urging instead the alternatives of to sustain the vision.

Géraldine Gourbe is a philosopher, author, art critic, and curator. 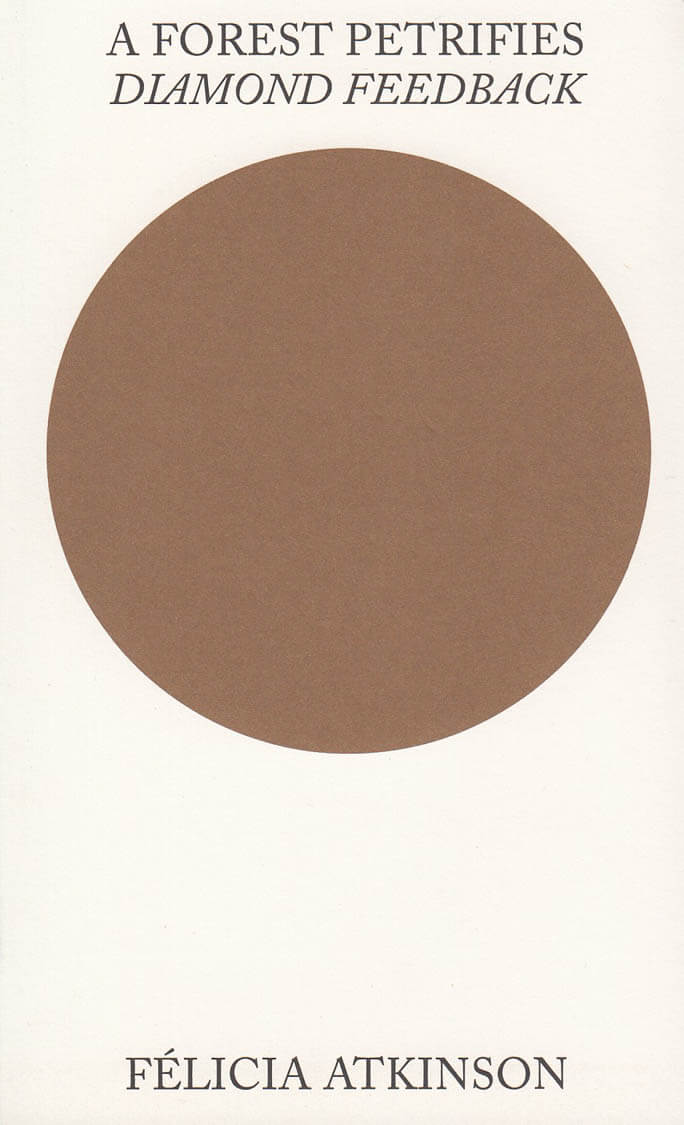 The first part of a larger novel in several episodes: a text about the perception of time and how some places mark people's minds.

Inspired by the Petrified Forest in Arizona and its ability to change over time from an organic to a mineral state, the story was concieved by the musician and artist Félicia Atkisnon over the past five years, while its on-going writing has been the starting point of many of Atkinson's music lyrics and recent records and exhibitions.

A part of the book takes place in the middle of the desert in an indistinct future. Two men are having a discussion by a fire in a modernist house. The music they are listening to is not emitted by a device but by themselves, it's a new kind of technology. They look at the embers of the fire and it reminds them of a painting by Jeronemus Bosch. They suddenly wonder if those embers could be a republic of some kind.
A Forest Petrifies is a novel about the perception of time and how some places mark people's minds.

Félicia Atkinson (born 1981 in Paris, lives and works in Brussels) is graduated with Honors from l'Ecole Nationale Supérieure des Beaux-Arts de Paris and studied also anthropology and contemporary dance. She is a sound and visual artist, an experimental musician and the co-publisher of the independent imprint Shelter Press. Her paintings, drawings, sculptures and musical compositions are mostly abstract. Her work takes its sources from the American tradition of painting (Morris Louis, Cy Twombly, Richard Tuttle) and from avant-gardes figures who worked on chance and randomness (Fluxus, John Cage, La Monte Young...) as much as feminist figures in music and art. 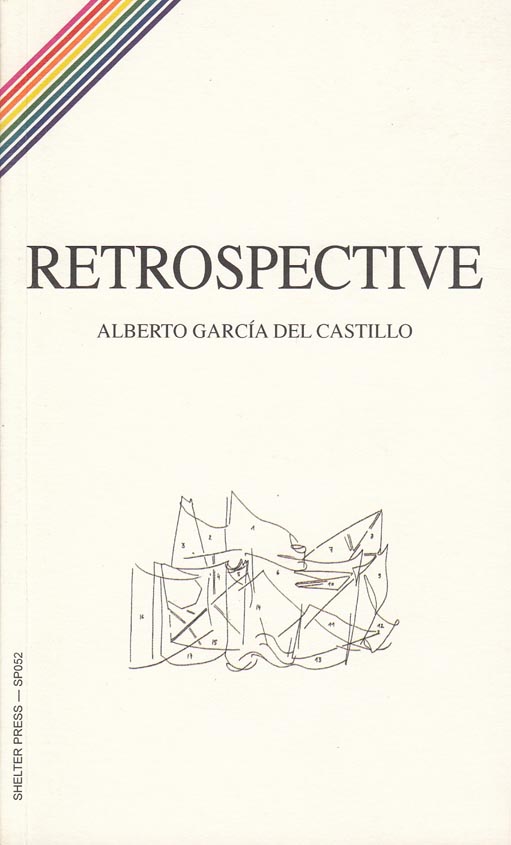 Retrospective is a comedy-science-fiction novelette about “faggotry” and the art world; depicting a retour-au-passé in contemporary painting and waving to some of the most beautiful homosexuals on Earth. Flaunting otherness, the alert reader can follow a clerk of The Land of Sculptures whilst he encounters the pretty faces of The Painter, The Foreign Painter, The Tyrolese Painter and other people doing art and drugs.

Retrospective includes “Thumbs-Up”, a superficial analysis of the normalisation of gayness; “Why Homos Are Better”, a masterpiece of investigative journalism in two parts, that originally appeared in Agony 2 (circa 1988–93), a zine edited by B. Boofy and William Bonifay; a drawing by Jurgen Ots; a photograph by César Segarra; and a poem by Lars Laumann.

Alberto García del Castillo writes genre fiction and nonfiction about communities and queer, performs his own and other people's writings, and collaborates in multiple configurations. He has published his writing in Girls Like Us, co-edited Midpoint (Théophile's Papers, 2016) and his two novels Merman (2017) and Retrospective (2014) were published by Shelter Press. Alongside Marnie Slater, is co-curator of Buenos Tiempos, Int.