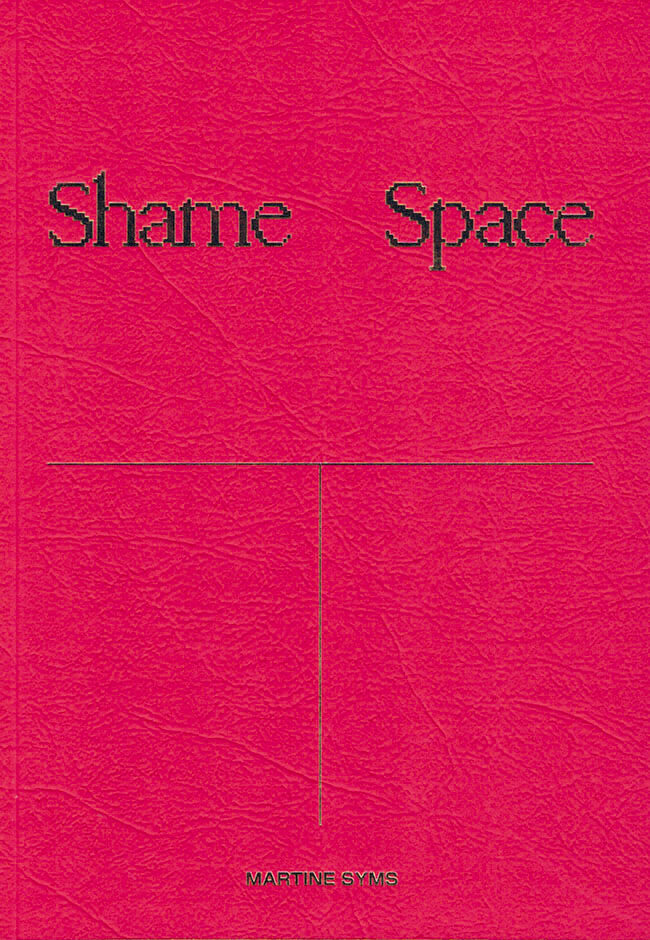 Diaries of an avatar: a Bible-style artist's book of writings by Martine Syms

A new artist's book by California-based artist Martine Syms (born 1988), Shame Space explores the possibilities of narrative and identity, collecting journal writings by the artist from 2015 to 2017 in which she attempts to capture her shadow self, alongside image stills from the video project Ugly Plymouths. The text entries form the voiceover of Mythiccbeing (pronounced "my thick being'), a "black, upwardly mobile, violent, solipsistic, sociopathic, gender-neutral femme" digital avatar who has iterated across several of Syms' recent exhibitions. In Syms' installations, Mythiccbeing manifests variously in video, audio and as an interactive chatbot that responds to the viewer's communications with messages and animations.

In Shame Space, the character's autofictional, diaristic commentary is gathered into 15 chapters. Its design updates the Bible format with its A5 size, embossed leather-textured cover and silver edge painting. The Ugly Plymouths still-image selection was coded using a programming script, such that the design, like the chatbot's SMS responses, is an exercise in machine automation. 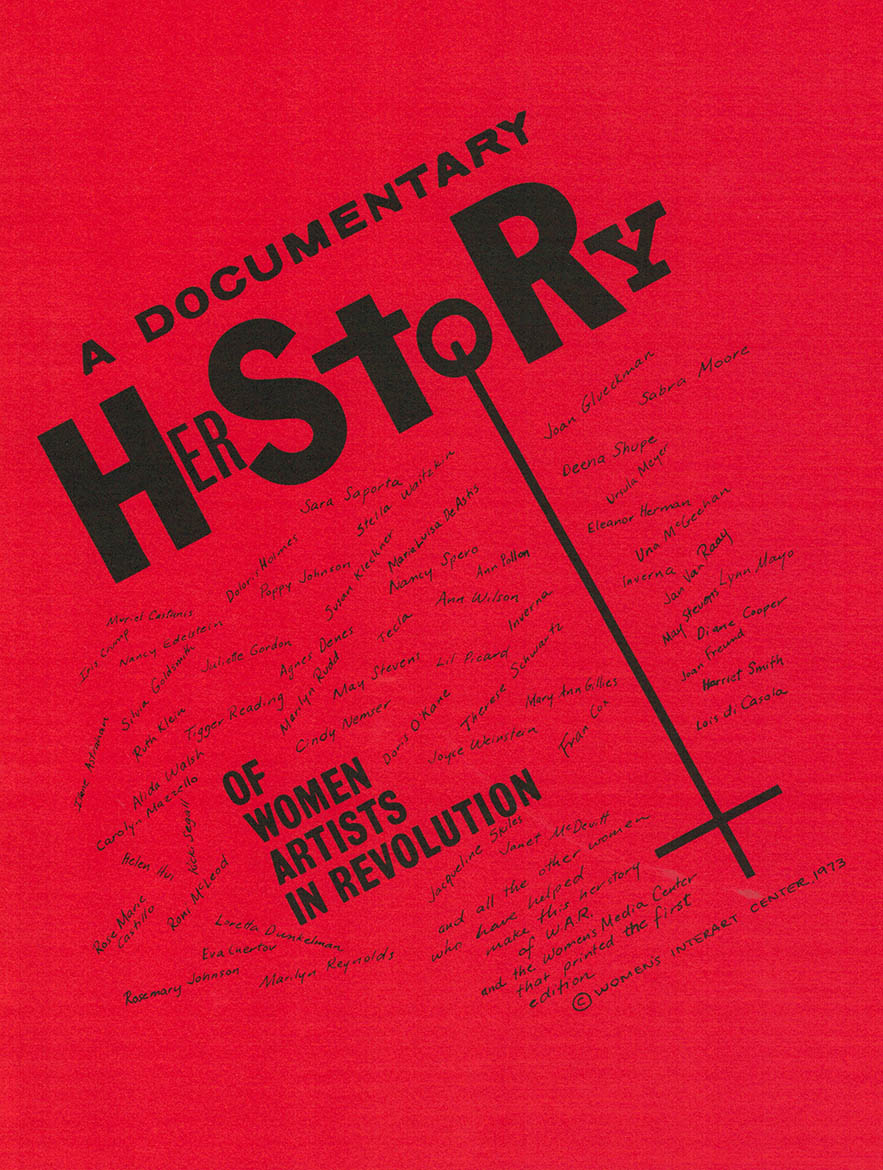 A rare, ever-relevant compendium of texts and manifestos from women artists on gender and race issues in cultural institutions

Active from 1969 to 1971, W.A.R. was founded as the women's caucus of the Art Workers' Coalition (AWC). AWC mobilized around anti-war protest and anti-racist action, also campaigning for artists' rights and wages, the decentralization of museums across NYC boroughs, more diverse exhibition programming and the restructuring of management within cultural institutions.

This facsimile publication of A Documentary HerStory of Women Artists in Revolution gathers manifestos, statements and declarations by W.A.R. members; articles and reports about gendered and racialized discrimination in the arts; pro-abortion flyers and protest ephemera; and grant applications and reports detailing the founding of the Women's Interart Center in spring 1970, W.A.R.'s brick-and-mortar studio, workshop and exhibition space. It also reproduces documentation of key actions including the 1970 Art Strike Against Racism, Sexism, Repression and War, and correspondence with officials at the Whitney Museum, the Guggenheim Foundation and the Museum of Modern Art, among others.

This publication takes as its source the second edition of the publication, which was published in 1973. The edition was chosen because it features a preface and addendum with retrospective reflections on the history and activities of W.A.R. 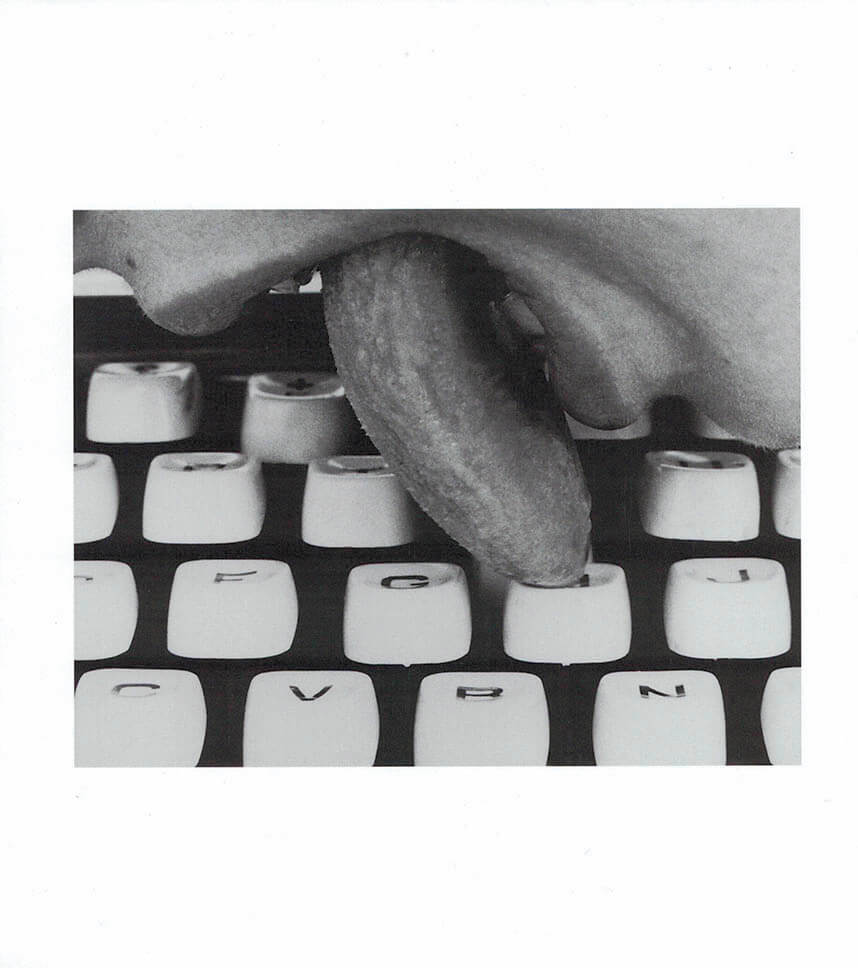 An expansive anthology focused on concrete poetry written by women in the groundbreaking movement’s early history. It features 50 writers and artists from Europe, Japan, Latin America, and the United States selected by editors Alex Balgiu and Mónica de la Torre.

Women in Concrete Poetry: 1959-1979 takes as its point of departure Materializzazione del linguaggio—the groundbreaking exhibition of visual and concrete poetry by women curated by Italian feminist artist Mirella Bentivoglio for the Venice Biennale in 1978. Through this exhibition and others she curated, Bentivoglio traced constellations of women artists working at the intersection of the verbal and visual who sought to “reactivate the atrophied tools of communication” and liberate words from the conventions of genre, gender, and the strictures of the patriarchy and normative syntax.

The works in this volume evolved from previous manifestations of concrete poetry as defined in foundational manifestos by Öyvind Fahlström, Eugen Gomringer, and the Brazilian Noigandres Group. While some works are easily recognized as concrete poetry, as documented in canonical anthologies edited by Mary Ellen Solt and Emmett Williams in the late ’60s, it also features expansive, serial works that are overtly feminist and often trouble legibility. Women in Concrete Poetry: 1959-1979 revisits the figures in Bentivoglio’s orbit and includes works by women practicing in other milieus in the United States, Eastern Europe, and South America who were similarly concerned with activating the visual and sonic properties of language and experimenting with poetry’s spatial syntax. 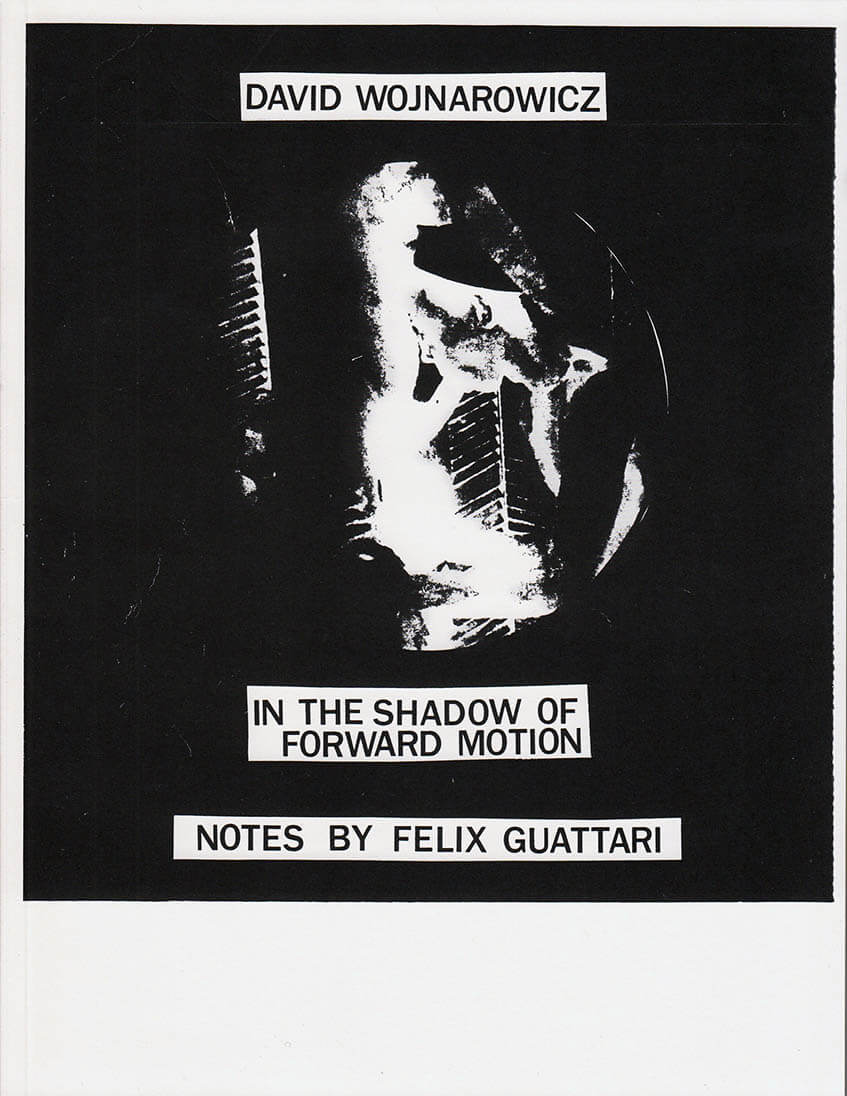 In The Shadow Of Forward Motion
David Wojnarowicz
Primary Information - 19.00€ -

David Wojnarowicz's In the Shadow of Forward Motion was originally published as a photocopied zine/artist's book to accompany an exhibition of the same name at PPOW Gallery in 1989. Despite its meager print run of just 50 copies, the publication has garnered a legendary status, and for good reason.

In it we find, for the first time, Wojnarowicz's writing and visual art, two mediums for which he is renowned, playing off each other in equal measure. We glimpse the artist's now iconic mixed-media works, with motifs of ants, locomotives, money, tornados and dinosaurs, juxtaposed with journal-like texts or "notes towards a frame of reference" that examine historical and global mechanisms of power symbolized through the technology of their times.
Wojnarowicz uses the fractured experience of his day-to-day life (including dreams, which he recorded fastidiously) to expose these technologies as weapons of class, cultural and racial oppression. The artist's experience living with HIV is a constant subject of the work, used to shed light on the political and social mechanisms perpetuating discrimination against not only himself, but against women and people of color, who faced additional barriers in their efforts to receive treatment for the illness. Rooted in the maelstrom of art, politics, religion and civil rights of the 1980s, the book provides a startling glimpse into an American culture that we have not yet left behind. Félix Guattari provides an introduction.

Painter, photographer, writer, filmmaker, performance artist, songwriter and activist, David Wojnarowicz was born in Redbank, New Jersey, in 1954 and died of AIDS in New York in 1992. The author of five books--most famously Close to the Knives: A Memoir of Disintegration--Wojnarowicz attained national prominence as a writer and advocate for AIDS awareness, and for his stance against censorship. 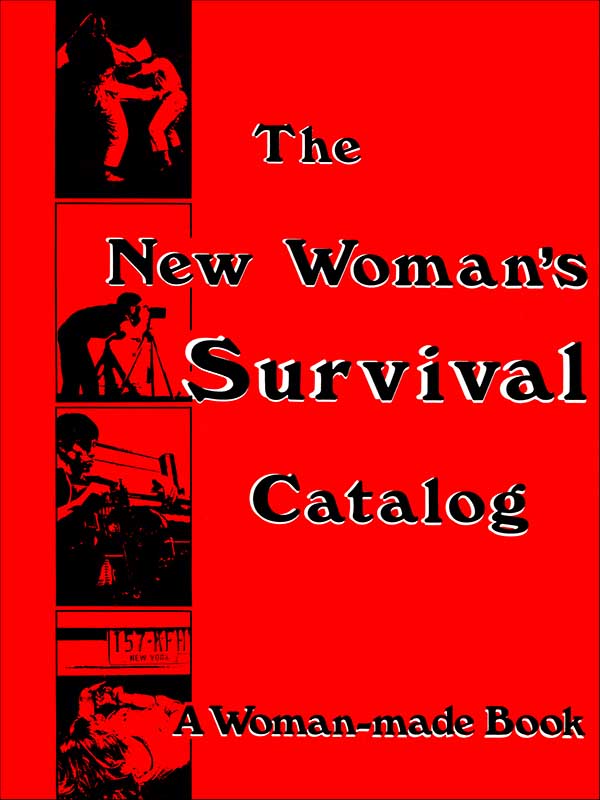 Originally published in 1973, The New Woman's Survival Catalog is a seminal survey of the second-wave feminist effort across the US. Edited by Kirsten Grimstad and Susan Rennie in just five months, The New Woman's Survival Catalog makes a nod to Stewart Brand's influential Whole Earth Catalog, mapping a vast network of feminist alternative cultural activity in the 1970s.