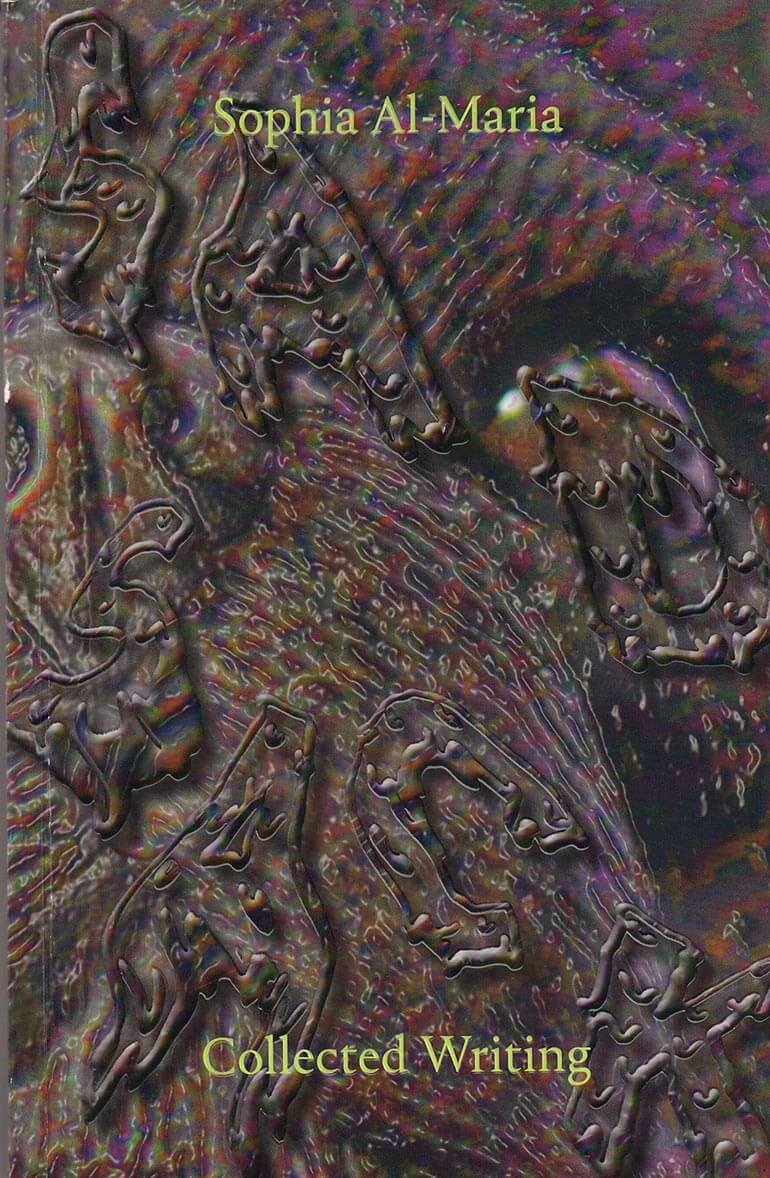 Sad Sack is a book of collected writing by Sophia Al-Maria, taking feminist inspiration from Ursula K. Le Guin’s 1986 essay ‘The Carrier Bag Theory of Fiction’; opposing ‘the linear, progressive, Time’s-(killing)-arrow mode of the Techno-Heroic.’ Encompassing more than a decade of work, Sad Sack tracks Al-Maria’s speculative journey as a writer, from the first seed of her ‘premature’ memoir, through the coining and subsequent critique of ‘Gulf Futurism’, towards experiments in gathering, containing, welling up and sucking dry.

For me this book is a bag... Like any single-use carrier bag – I disapprove. It shouldn’t exist, it contributes to pollution, it should be banned... And yet, in spite of the fact I know this book may be a waste product... I’m still writing, redacting, expanding... I’m still waiting, wasting, wanting. According to Ursula, ‘It is a human thing to do to put something you want, because it’s useful, edible, or beautiful, into a bag.' – Sophia Al-Maria