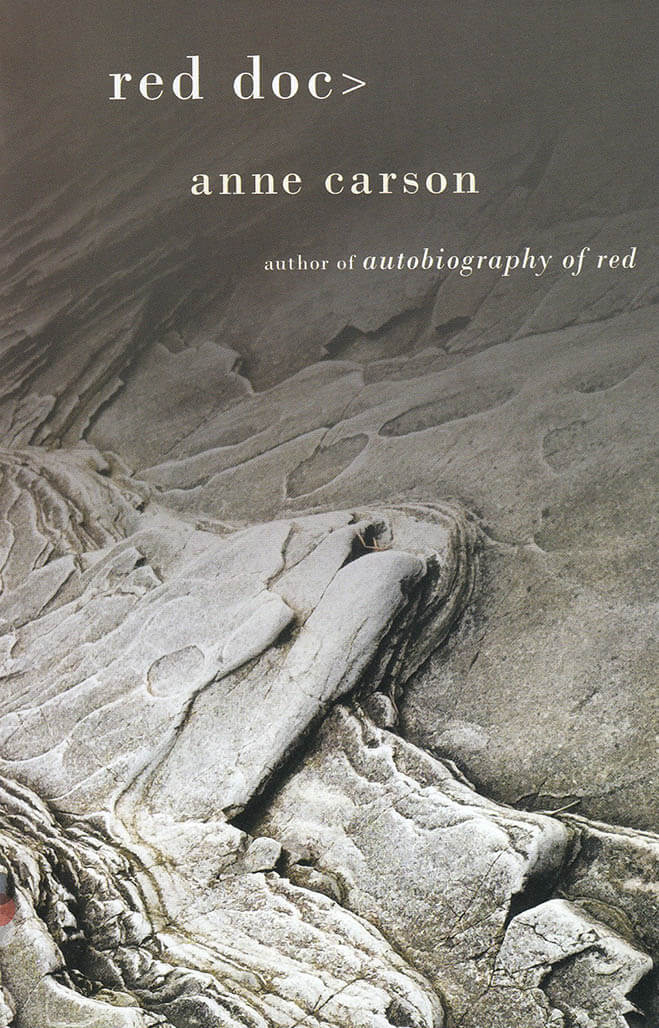 "Some years ago I wrote a book about a boy named Geryon who was red and had wings and fell in love with Herakles. Recently I began to wonder what happened to them in later life. Red Doc> continues their adventures in a very different style and with changed names. To live past the end of your myth is a perilous thing." Anne Carson

Anne Carson was born in Canada and has been a professor of Classics for over thirty years. Her awards and honors include the Lannan Award, the Pushcart Prize, the Griffin Trust Award for Excellence in Poetry, and fellowships from the Guggenheim and MacArthur Foundations.