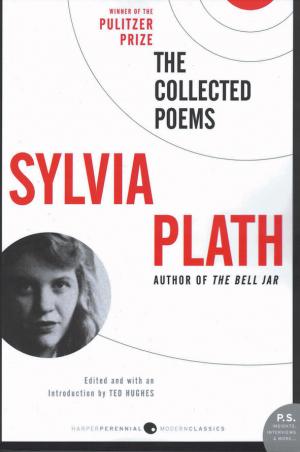 By the time of her death on 11, February 1963, Sylvia Plath had written a large bulk of poetry. To my knowledge, she never scrapped any of her poetic efforts. With one or two exceptions, she brought every piece she worked on to some final form acceptable to her, rejecting at most the odd verse, or a false head or a false tail. Her attitude to her verse was artisan-like: if she couldn't get a table out of the material, she was quite happy to get a chair, or even a toy. The end product for her was not so much a successful poem, as something that had temporarily exhausted her ingenuity. So this book contains not merely what verse she saved, but--after 1956--all she wrote.(Ted Hughes, from the Introduction)

Sylvia Plath was born in 1932 in Massachusetts. Her books include the poetry collections The Colossus, Crossing the Water, Winter Trees, Ariel, and Collected Poems, which won the Pulitzer Prize. A complete and uncut facsimile edition of Ariel was published in 2004 with her original selection and arrangement of poems. She was married to the poet Ted Hughes, with whom she had a daughter, Frieda, and a son, Nicholas. She died in London in 1963.