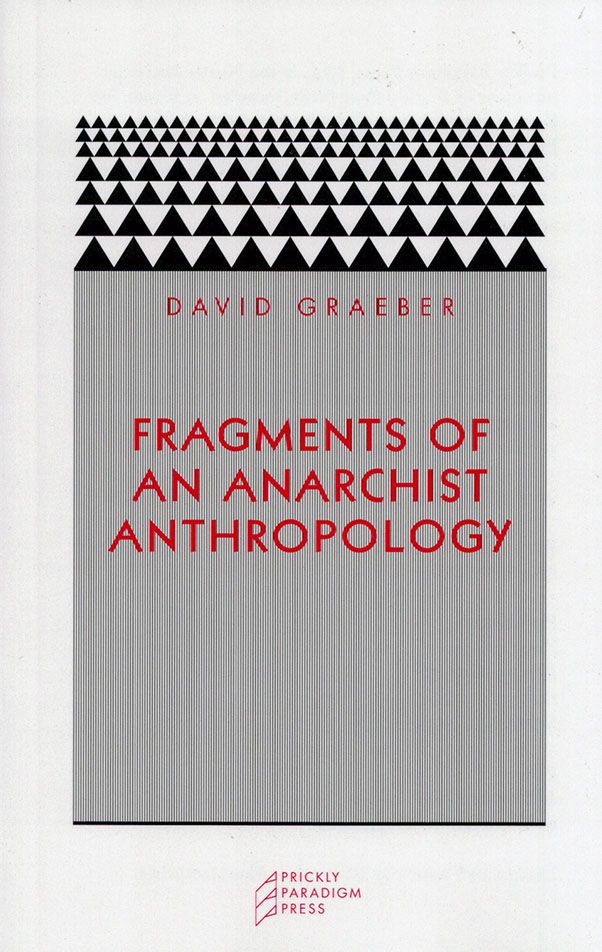 Fragments of An Anarchist Anthropology
David Graeber
Prickly Paradigm Press - 11.00€ -  out of stock

Everywhere anarchism is on the upswing as a political philosophy--everywhere, that is, except the academy. Anarchists repeatedly appeal to anthropologists for ideas about how society might be reorganized on a more egalitarian, less alienating basis. Anthropologists, terrified of being accused of romanticism, respond with silence . . . . But what if they didn't?

This pamphlet ponders what that response would be, and explores the implications of linking anthropology to anarchism. Here, David Graeber invites readers to imagine this discipline that currently only exists in the realm of possibility: anarchist anthropology.

David Graeber (1961-2020) was an American anthropologist and activist. He was a professor of anthropology at the London School of Economics and a leading figure in the Occupy Wall Street movement. His books include Toward an Anthropological Theory of Value: The False Coin of Our Own Dreams, Lost People: Magic and the Legacy of Slavery in Madagascar, and Debt: The First 5000 Years.