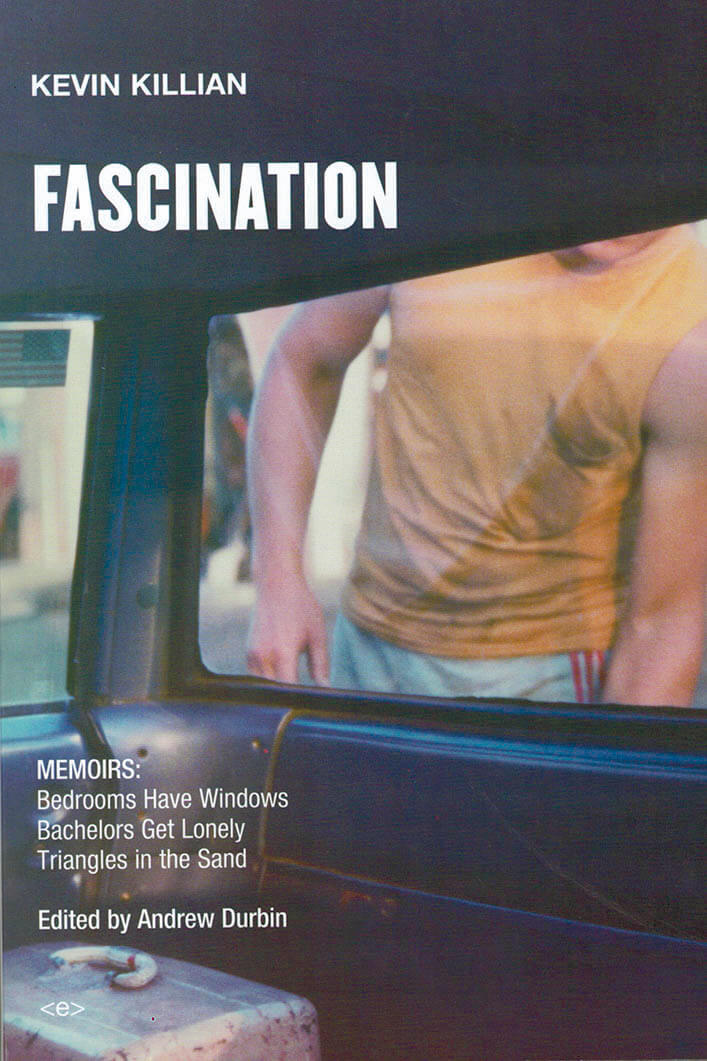 Fascination brings together an early memoir, 'Bedrooms Have Windows' (1989) and a previously unpublished prose work, 'Bachelors Get Lonely', by the poet and novelist Kevin Killian, one of the founding members of the New Narrative movement. The two together depict the author's early years struggling to become a writer in the sexed-up, boozy, drug-ridden world of Long Island's North Shore in the 1970s. It concludes with Triangles in the Sand, a new, previously unpublished memoir of Killian's brief affair in the 1970s with the composer Arthur Russell. Fascination offers a moving and often funny view of the loneliness and desire that defined gay life of that era-a time in which Richard Nixon's resignation intersected with David Bowie's 'Diamond Dogs'-from one of the leading voices in experimental gay writing of the past thirty years. "Move along the velvet rope," Killian writes in 'Bedrooms Have Windows', "run your shaky fingers past the lacquered Keith Haring graffito: 'You did not live in our time! Be Sorry!'"

Kevin Killian's Fascination comes to us with delay, yet arrives, thankfully, as though preserved within the flaps of an unsent, sealed, and searing correspondence, consummate and irreverent, having wasted no time. With their uncompromising wit and harnessed consciousness, Killian's memoirs propose that the project of remembrance, though dotted with loss, is also one of relentless recall for relentless pleasure. Not all of Killian's memories are his, but through him they become yours; others are rewound and replayed. Killian's invitation, though we wouldn't dare to rebuff it: "Remember me!"
-- Rachel Valinsky

Kevin Killian was a San Francisco-based poet, novelist, playwright, and art writer. Recent books include the poetry collections Tony Greene Era and Tweaky Village. He is the coauthor of Poet Be Like God: Jack Spicer and the San Francisco Renaissance. With Dodie Bellamy, he coedited Writers Who Love Too Much: New Narrative Writing, 1977-1997.