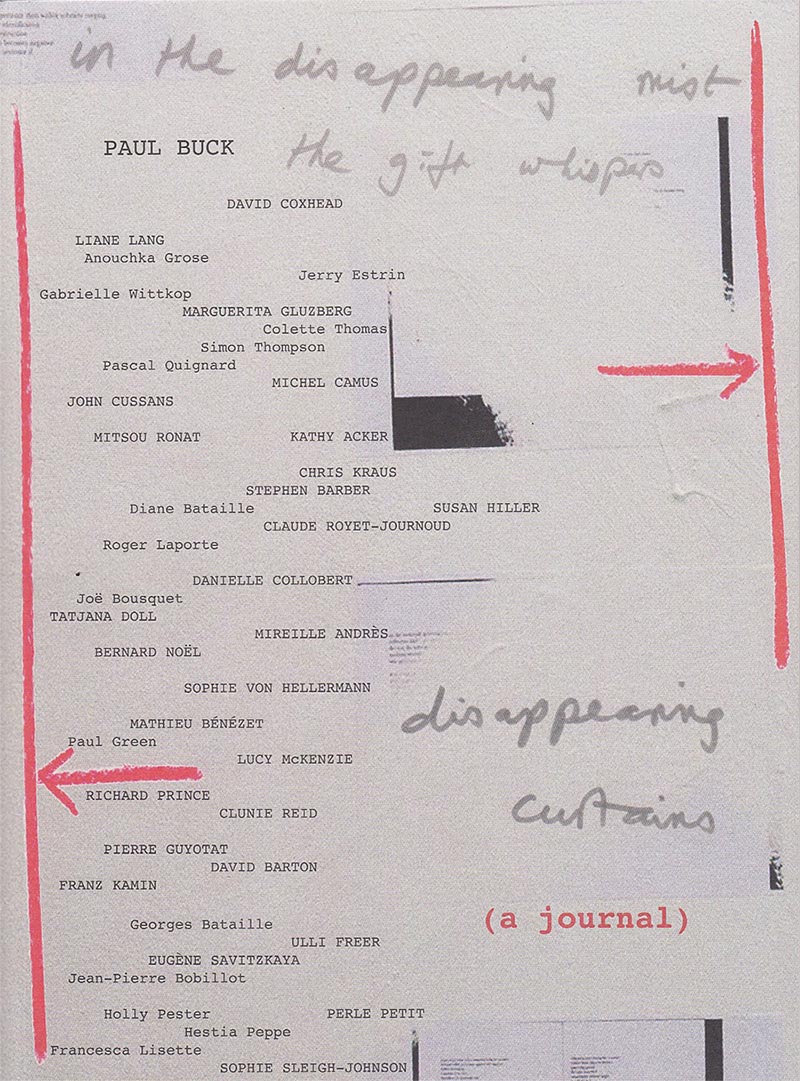 This book sees the re-emergence of the seminal 1970s magazine Curtainsedited by British artist/writer, Paul Buck.

With its early promotion of French writers such as Georges Bataille, Maurice Blanchot, Jacques Derrida, Jean-Pierre Faye and Edmond Jabès, Curtains’ re-appearance arrives after an exhibition at Focal Point Gallery in 2012 that was recreated from an earlier 1992 work at Cabinet Gallery around the concept of ‘disappearing’.

The invited contributions come from thirteen artists with whom the editor has engaged over the years. In addition, Buck has returned to pull threads from the earlier editions of his magazine to explore ideas with writers encountered in the intervening years, making all appear in a consolidated grouping as a final gesture, one that refuses to disappear. 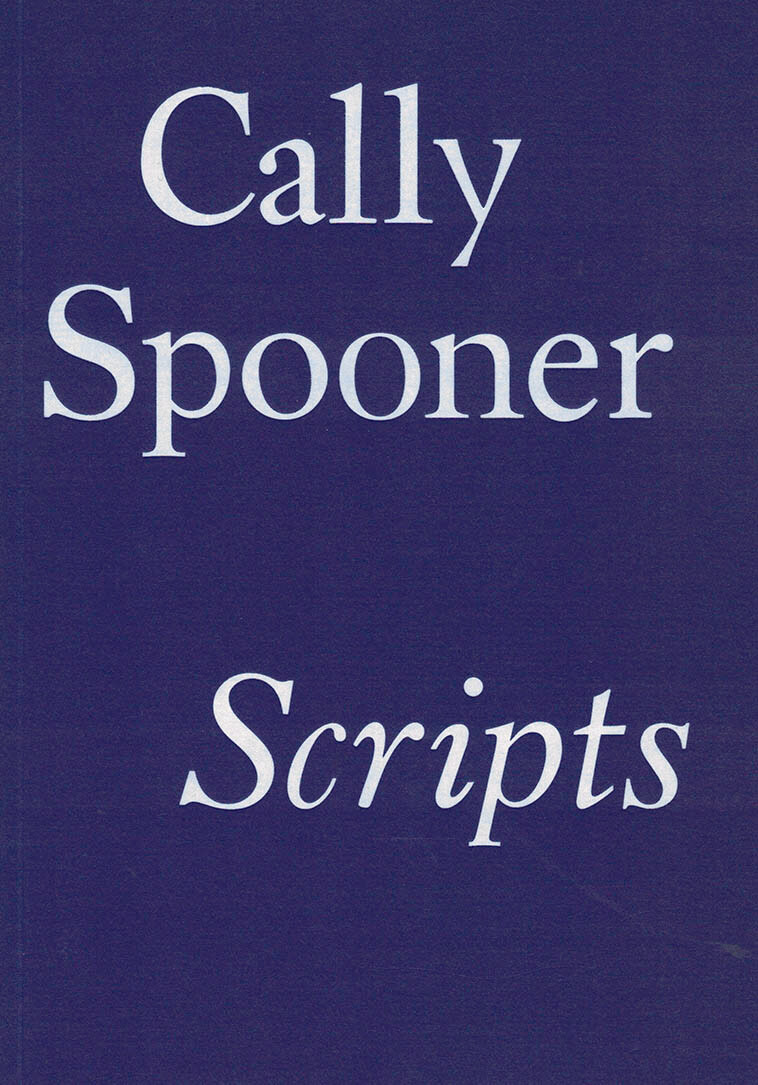 Scripts
Cally Spooner
Slimvolume Synthesis - 20.00€ -
Edited by Andrew Hunt and Cally Spooner with an introduction by Will Holder. Scripts comprises twelve works produced between 2009 and 2015, including: A Six Stage Manifesto On Action (2011), Collapsing In Parts (2012), and And You Were Wonderful, On Stage (film script) (2014-15).
back
Title Price Amount Remove
Total: €0.00
cart (0)