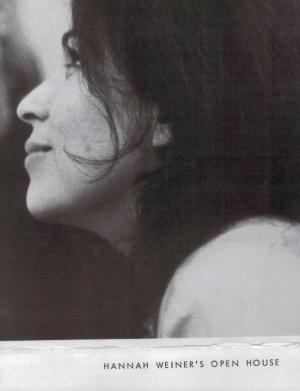 Hannah Weiner's Open House beckons us into a realm of poetry that bends consciousness in order to open the doors of perception. Weiner is one of the great American linguistic inventors of the last thirty years of the 20th century. She created an alchemical poetry that transforms the materials of everyday life into a dimension beyond sensory perception. The pieces collected here are as much conceptual art as sprung prose, experimental mysticism as social realism, autobiography as egoless alyric. Patrick Durgin has brought together touchstone works, some familiar and some never before published. Hannah Weiner's Open House provides the only single volume introduction to the full range of Weiner's vibrant, enthralling, and unique contribution to the poetry of the Americas. (Charles Bernstein)

Hannah Weiner's influence extends from the sixties New York avant-garde, where she was part of an unprecedented confluence of poets, performance and visual artists including Phillip Glass, Andy Warhol, Carolee Schneeman, John Perrault, David Antin, and Bernadette Mayer. Like fellow-traveler Jackson Mac Low, she became an important part of the Language movement of the 70s and 80s, and her influence can be seen today in the so-called New Narrative work stemming from the San Francisco Bay Area. 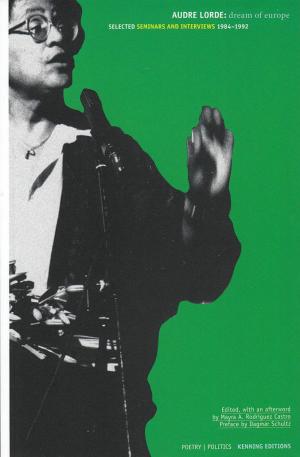 Dream of Europe elucidates Lorde's methodology as a poet, mentor, and activist during the last decade of her life. This volume compiles a series of seminars, interviews, and conversations held by the author and collaborators across Berlin, Western Europe, and The Caribbean between 1984-1992.

While Lorde stood at the intersection of various historical and literary movements in The United States--the uprising of black social life after the Harlem Renaissance, poetry of the AIDS epidemic, and the unfolding of the Civil Rights Movement--this selection of texts reveals Lorde as a catalyst for the first movement of Black Germans in West Berlin. The legacy of this "Black, lesbian, mother, warrior, poet" has been well preserved by her colleagues in Germany.

These selected writings lay bare struggles, bonds, and hopes shared among Black women in a transnational political context, as well as offering sometimes surprising reflections on the US American counter culture with which Lorde is associated. Many of the poems that were important to Lorde's development are excerpted in full within these pages, serving as a sort of critical anthology.

Audre Lorde (1934-1992) published over a dozen books of poetry, a novel, and several volumes of essays, including From a Land Where Other People Live (1972), which was nominated for a National Book Award. Her later works include Coal (1976), The Black Unicorn (1978), and ZAMI: A New Spelling of My Name (1982). Her critical essays, such as "Poetry Is Not A Luxury," have received world recognition, urging generations to come into their own voices. Her work has recently been published in DREAM OF EUROPE: SELECTED SEMINARS AND INTERVIEWS: 1984-1992 (Kenning Editions, 2020) and SISTER LOVE: THE LETTERS OF AUDRE LORDE AND PAT PARKER 1974- 1989 (A Midsummer Night's Press, 2018). 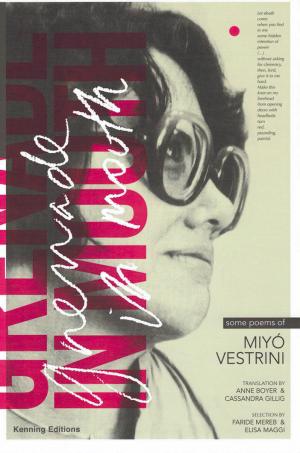 Grenade in mouth
Miyo Vestrini
Kenning Editions - 16.00€ -
Edited by Faride Mereb and translated by Anne Boyer and Cassandra Gillig, GRENADE IN MOUTH: SOME POEMS OF MIYÓ VESTRINI introduces to Anglophone readers the work of one of the vanguard voices of Venezuelan poetry with texts that cover three decades: from the year 1960 to 1990. Critics have called Miyó Vestrini the poet of "militant death." Vestrini is known, too, as the Sylvia Plath of Venezuela, but if she is a Plath, we think she is one who would have set Ted Hughes on fire. Her poems are not soft or brooding laments. They are bricks hurled at empires, ex-lovers, and any saccharine-laced lie that parades itself as the only available truth.
back
Title Price Amount Remove
Total: €0.00
cart (0)