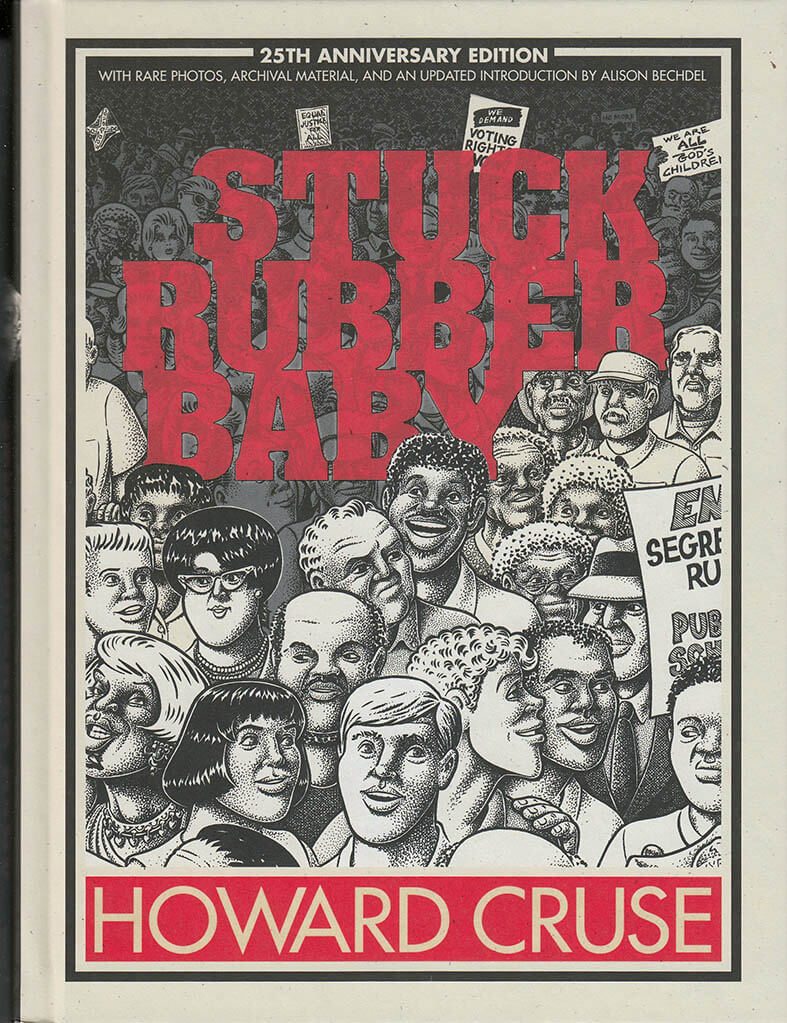 As a young gay man leading a closeted life in the 1960s American South, Toland Polk tries his best to keep a low profile, until he finds himself unexpectedly drawn to a lively community of civil rights activists, folk singers, and night club performers. Emboldened by his new friends, he joins local protests and even finds the courage to venture into a gay bar. No longer content to stay on the sidelines, Toland takes a stand against bigotry. But in Clayfield, Alabama, that can be dangerous--even deadly. Painstakingly researched and exquisitely illustrated, Stuck Rubber Baby is a groundbreaking graphic novel that draws on Howard Cruse's experience coming of age and coming out in 1960s Birmingham, Alabama. Just in time for its 25th anniversary, this rich and moving tale of identity and resistance is back in print--complete with unpublished archival material and a behind-the-scenes look at the author's creative process.

Howard Cruse's career as an underground cartoonist was launched during the 1970s, and in 1980 he served as the founding editor of the groundbreaking Gay Comix series. His comic strip Wendel was serialized in the Advocate through much of the 1980s. Stuck Rubber Baby, his most widely known work, was the winner of Eisner and Harvey Awards in the U.S. and (in translation) a Comics Critics Award in Spain, a Luchs Award in Germany, and a Prix de la critique at the International Comics Festival in Angoulême, France.