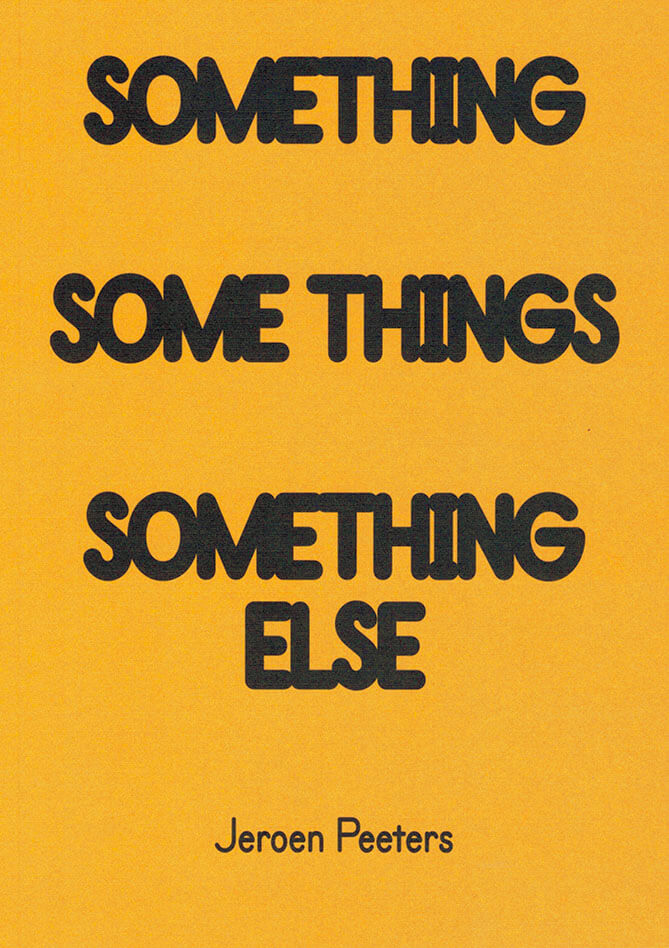 Something Some Things Something Else
Jeroen Peeters
Varamo Press - 12.50€ -
‘My desire is to make a piece with nothing.’ This quest inspired the performance artist Mette Edvardsen to make a series of solo works, from Black to No Title and We to be to oslo. The trail of booklets, postcards and ephemera published in their margins provided writer Jeroen Peeters with a particular lense to look into Edvardsen’s detailed world. The encounter yielded three collections for Mette Edvardsen, essays that honour the literary tradition of composing with fragments and loose ends in search of something. Trying to do as little as possible so that a sense of something else might occur – what’s the space of reading such writing?

Afternoon Editions no. 1: an essay by Jeroen Peeters titled Reseeding the library, gleaning readership. In May 2017, Time has fallen asleep in the afternoon sunshine settled during three weeks in the Ravenstein Gallery in Brussels as part of the Kunstenfestivaldesarts. Invited as a writer in residence, Jeroen Peeters visited the library of living books on a daily basis and recorded his observations by hand in a notebook, which formed the basis for Afternoon Edition #1. Reseeding the library, gleaning readership is an essay on the seed library, on the dispersion of literature through wind, water and animals, on biodiversity and commoning at the heart of readership. On the cover a drawing by Wouter Krokaert of a Philodendron Xanadu. Published May 2018.