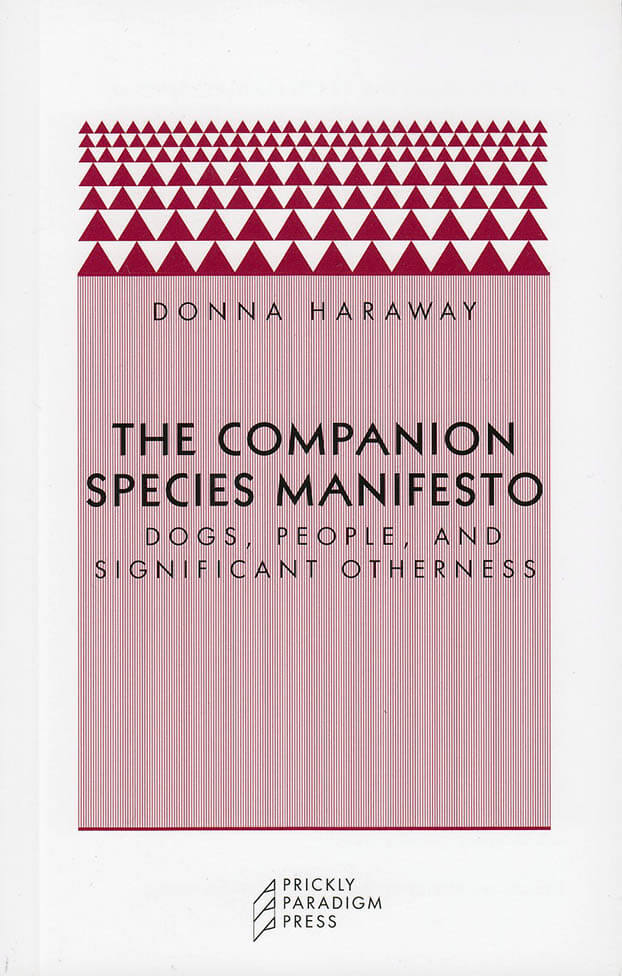 The Companion Species Manifesto is about the implosion of nature and culture in the joint lives of dogs and people, who are bonded in significant otherness. In all their historical complexity, Donna Haraway tells us, dogs matter. They are not just surrogates for theory, she says; they are not here just to think with. Neither are they just an alibi for other themes; dogs are fleshly material-semiotic presences in the body of technoscience. They are here to live with. Partners in the crime of human evolution, they are in the garden from the get-go, wily as Coyote. This pamphlet is Haraway's answer to her own Cyborg Manifesto, where the slogan for living on the edge of global war has to be not just cyborgs for earthly survival but also, in a more doggish idiom, shut up and train.

Donna Haraway is professor emerita in the History of Consciousness Department at the University of California, Santa Cruz.