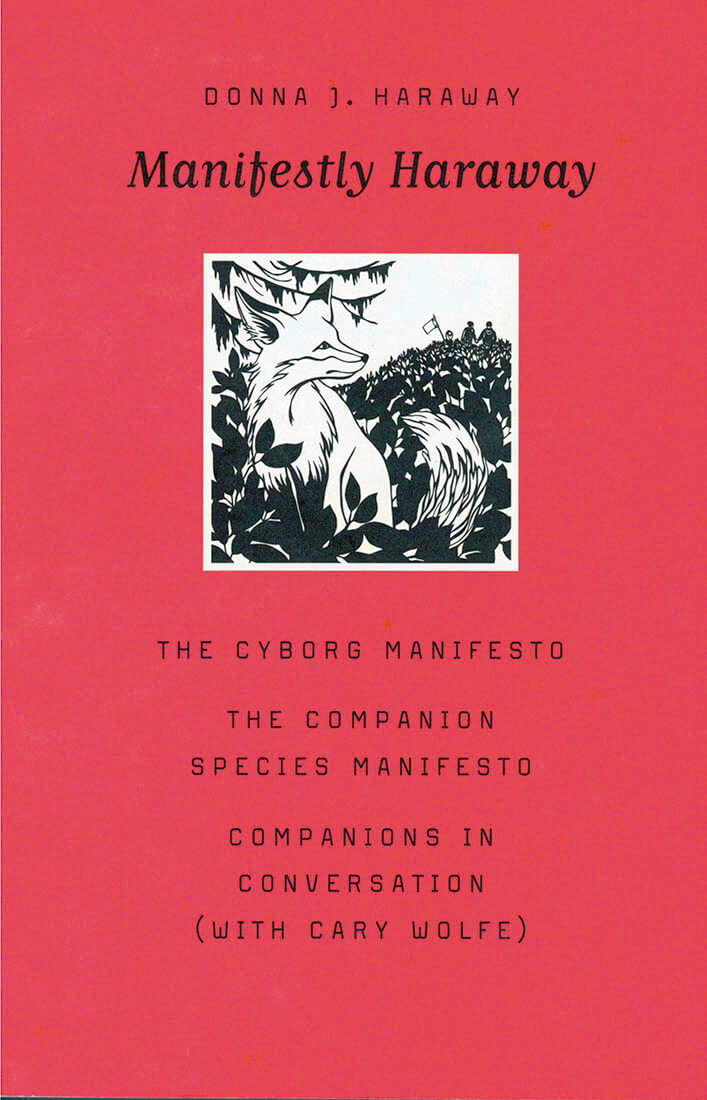 Electrifying, provocative, and controversial when first published thirty years ago, Donna Haraway's "Cyborg Manifesto" is even more relevant today, when the divisions that she so eloquently challenges--of human and machine but also of gender, class, race, ethnicity, sexuality, and location--are increasingly complex. The subsequent "Companion Species Manifesto," which further questions the human-nonhuman disjunction, is no less urgently needed in our time of environmental crisis and profound polarization.

Manifestly Haraway brings together these momentous manifestos to expose the continuity and ramifying force of Haraway's thought, whose significance emerges with engaging immediacy in a sustained conversation between the author and her long-term friend and colleague Cary Wolfe. Reading cyborgs and companion species through and with each other, Haraway and Wolfe join in a wide-ranging exchange on the history and meaning of the manifestos in the context of biopolitics, feminism, Marxism, human-nonhuman relationships, making kin, literary tropes, material semiotics, the negative way of knowing, secular Catholicism, and more.

The conversation ends by revealing the early stages of Haraway's "Chthulucene Manifesto," in tension with the teleologies of the doleful Anthropocene and the exterminationist Capitalocene. Deeply dedicated to a diverse and robust earthly flourishing, Manifestly Haraway promises to reignite needed discussion in and out of the academy about biologies, technologies, histories, and still possible futures.

Donna J. Haraway is distinguished professor emerita in the History of Consciousness Department at the University of California, Santa Cruz, where she is also affiliated with the departments of anthropology, feminist studies, environmental studies, and film and digital media. She is an active participant in UCSC's Science and Justice Research Center and the Center for Cultural Studies.