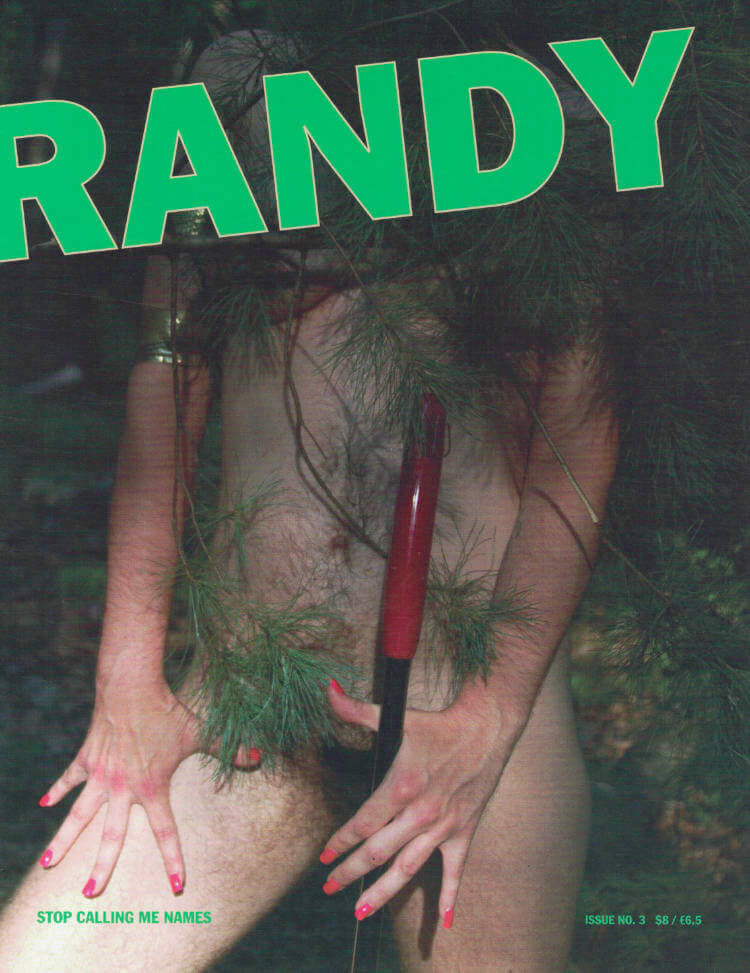 Randy engages inter-generational dialogue as a means to examine multiple perspectives on queer identity and gender.

In bringing together under-represented voices in a collaborative discussion, Randy expands the politics of art, sexuality, and aesthetics. Intent on fostering un-trodden affiliations, Randy publishes both emerging and established artists and writers.  Through printed content, special events and curated shows, Randy produces an urgently needed genealogy of international queer artists and thinkers alike.

Randy is the personal and nepotistic project of A.K. Burns and Sophie Morner. Initiated in late 2009, Clark Solack became co-editor in the fall of 2011.