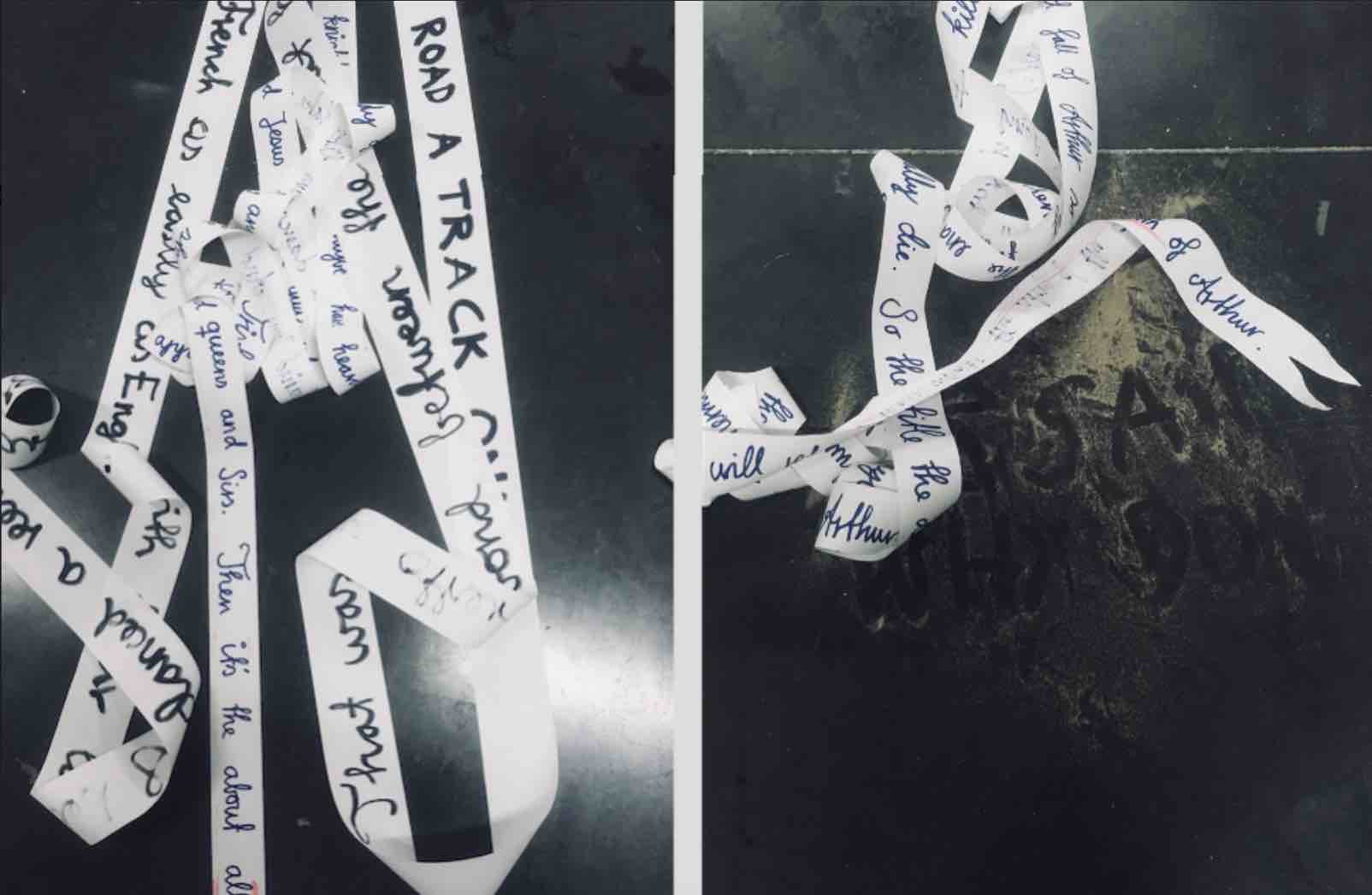 The voice that broke the silence of the forest was the voice of Anon.

"I would like to invite you to a reading. A reading of and for multiple voices, to invoke figures, characters and myths from another time; a time prior to the formation of the author, prior to the narrative omniscience of the writer, prior to the internal voice of the individual reader."

This reading will be based on a work by Virginia Woolf. She had begun to set down ideas for a book she first called Reading at Random and, later, Turning the Page. When she brought her life to an end, she left this project unfinished. In spite of its incomplete state, the corpus of the text lives through the writing of others: a body made of quotes, evocations, annotated and edited fragments. Perhaps attending to this body of works is attending to a whole story of kinship in writing and reading, is attending to a subtext that lifts a song from other people’s lips.

Due to the nature of the text, the language of the reading will be English.

Elaborated with the support of Triangle France – Astérides, Marseille, Ujazdowski Castle for Contemporary Arts, Warsaw and Flanders State of the Arts.

Simon Asencio creates performances that blur the notions of liveness, stage and audience. His work takes the form of exhibition scenarios, text-based ephemera and covert acts. He often uses imposture and the expression of doubt as means to develop and present his work.
https://simonasencio.tumblr.com