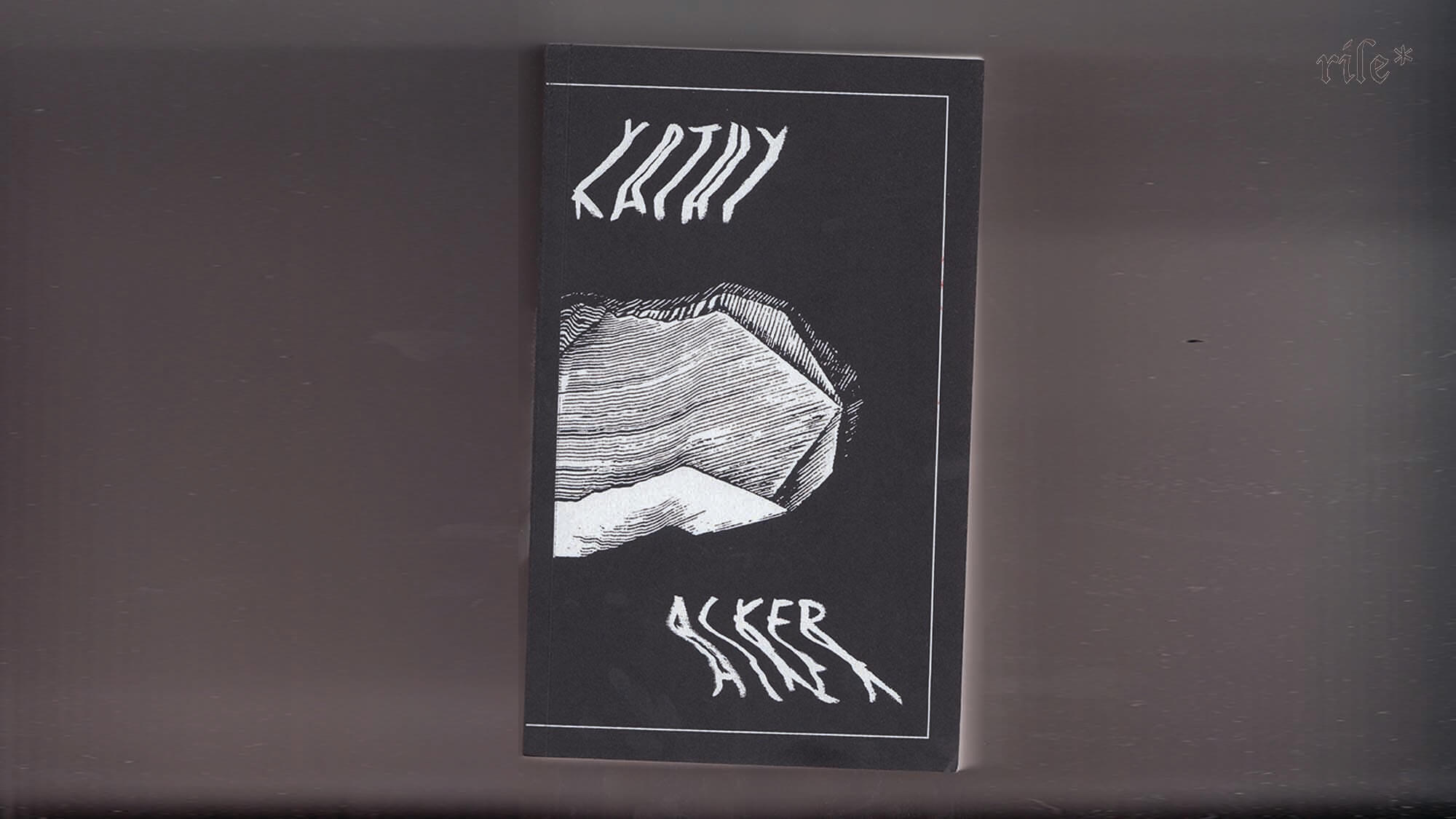 We welcome Claire Finch and Sébastien Jallaud for the launch of 'Kathy Acker (1971-1975)', a new publication of collected, mostly unpublished, early writings of Acker. The presentation will be followed by a conversation with Tessel Veneboer and a screening of [Untitled Tape 2] (1974) by Kathy Acker and Alan Sondheim.

The book is the first attempt to produce a critical edition of a large number of Kathy Acker’s unpublished early works. Apart from the posthumous publication, in 2002, of the early manuscript Rip-off Red, Girl Detective and The Burning Bombing of America: The Destruction of the U.S. by Amy Scholder and Grove Press in one volume, in 2002, as well as Gabrielle Kappes’ chapbook, no other important publication had been attempted in this field.

These – mostly unpublished – texts were all composed between 1969 and 1976. Yet they are representative of Acker’s published output only for the period running from 1971 to early 1974. These texts all exist as “clean” typewritten copies, probably intended to be kept, shown, maybe even published. The editor chose not to include Acker’s manuscripts. The transcriptions in this volume were made directly from the original typescripts. Original pagination, manuscript addenda, missing pages and other idiosyncrasies of each file have been preserved; our editorial notes at the end of the texts all feature a material description of the source version used.

[Untitled Tape 2] was created by Kathy Acker and Alan Sondheim on the day after the first one (Untitled Tape 1), ca. mid­March 1974. It is a black and white Sony EIAJ tape and was found, as a result of the research for the book, during the fall of 2018 in the collection of Alan Sondheim EIAJ tapes at The Fales Library & Special Collections, New York University, box 35, “acker/sondheim satire/part 1”. As we can infer from the title in the archives, this second tape was intended as a satire of the first one. Acker and Sondheim exchange their roles and and mimic one another’s language, actions, and expressed feelings. The tape has reportedly been lost since the 70s. It was never screened (publicly at least) before 2019.

Sébastien Jallaud is the editor of the book and publisher of Editions Ismael, an independent press publishing french and foreign books in french and other foreign languages. Except for mere reprints, all the texts that they publish, whether they had been previously published or not, always come with new critical material. Similarly, they only present new translations, often accompanied by the source text, in the form of a bilingual edition.

Claire will read from the foreword she wrote to the edition: 'Are You Surprised that K. Acker was an Aries Because I’m Not'. https://clairefinch.com/

Tessel Veneboer (1994) studied comparative literature at the University of Ghent and lives in Brussels. Some of her current research interests are New Narrative writing, urban studies, and queer theory. She works as a young programme creator for the International House of Literature Passa Porta and occasionally writes reviews and other forms of literary criticism. She is an occasional bookseller at rile*