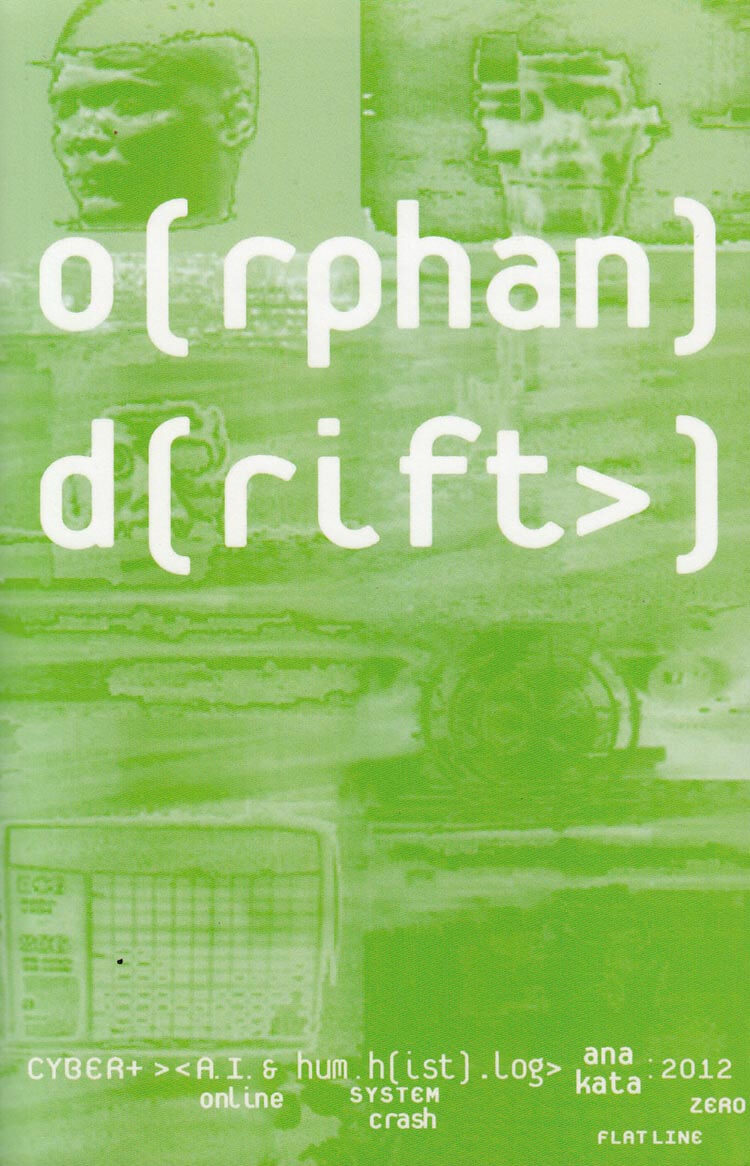 rile* welcomes Maggie Roberts for a screening and talk on the importance of fictioning. Maggie will discuss how fictioning, through speculation and sci-fi, has underpinned 0rphan Drift’s work since its inception in 1994.

PRESENTATION: 17h00
0(rphan) d(rift>) Cyberpositive, a channeling, 1995>>>>>
Attempting a context for this cult theory-fiction image-text and q&a with Lendl Barcelos and Ameen. Currently being reprinted by Cabinet Editions, London.

0(rphan)d(rift>)'s Cyberpositive is an experimental sci fi theory-fiction that streams a group of asked and unasked contributors writing, sampled and edited by 0D's Maggie Roberts. It was published in 1995 with support from Nick Land and Cabinet Editions, serving as a manifesto and as the catalogue for the debut exhibition of the same name. It came together in the spirit of much of 0D's visual work, bringing together processes of sampling and looping as well as the Burroughs text cut up technique, referring to a breakdown and reordering of language from a post human POV.

Roberts is a member of ‘hive mind’ 0rphan Drift (0D), a collaborative artist that coalesced in London in 1994. MIASMA presents 0D’s signature ‘form-dissolving, ego-melting, boundary-haemorrhaging’ (eco)feminism that has its roots in 0D’s early experiments with automated image processing – an ‘analogue machine vision’ that was produced by sampling domestic VCR magnetic tape in combination with digital replication ‘glitches’. She lives and works in London (with a studio in Capetown since 2006). She has researched myth, archetype and trance possession in Haiti, South Africa and Mexico. http://www.merliquify.com

0rphan Drift is a collaborative artist working on infra-media fiction generating through collaboration with humans, machines & the unknown.

0rphan Drift’s contemporary portal manifests in video projections, installations, texts and site specific projects. Considering current narratives around climate crisis, synthetic intelligence and interspecies communication, we imagine AI through the somatic tendencies of the octopus in order to explore possibilities in expanding and inhabiting other systems of perception and proprioception. They continue to work with moving images, digital textures, machine vision and ancient predictive technologies such as the I-Ching to create non-linear narratives and installations. www.orphandriftarchive.com