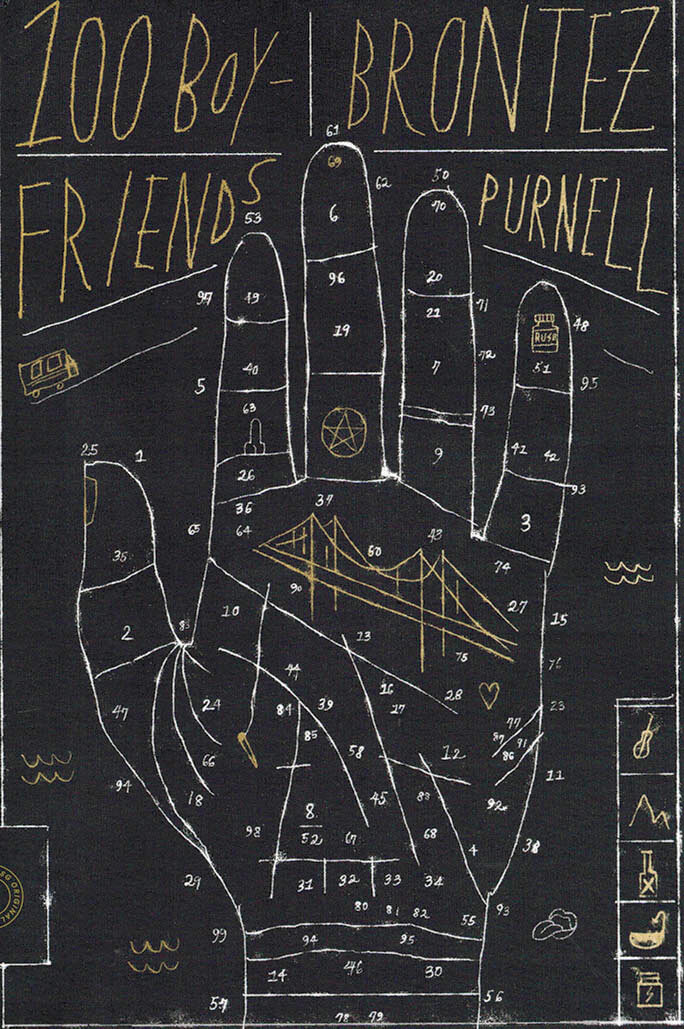 Transgressive, foulmouthed, and brutally funny, Brontez Purnell's 100 Boyfriends is a revelatory spiral into the imperfect lives of queer men desperately fighting the urge to self-sabotage. As they tiptoe through minefields of romantic, substance-fueled misadventure, from dirty warehouses and gentrified bars in Oakland to desolate farm towns in Alabama, Purnell's characters strive for belonging in a world that dismisses them for being Black, broke, and queer. In spite of it, or perhaps because of it, they shine.

"Brontez Purnell has such seemingly casual genius that at times you forget you're reading a book and are transported to some couch/bus/basement where the drugs are really good and your friend is really funny, maybe your weird closeted cousin is on HarlemHookups in the corner, and all of a sudden your friend says some fucking Sappho ass, weird ass, brilliant ass bullshit. I love this slut of a book, it's a slut ass maker. 100 Boyfriends or no new boyfriends at all, Purnell's autofiction/memoir/whatever the hell this marvelously sad and intoxicating book is shook me up good with its honesty and blunt-to-face endings, the jokes and stories I didn't know we were allowed to tell outside of circles of faggots and misfits. But this book is in those circles, makes you tea and steals for you, it invites us in, but would we mind shutting the hell up cause it's a little hungover? The light is coming through the windows so clear." -- Danez Smith, author of Homie

Brontez Purnell is a writer, musician, dancer, filmmaker, and performance artist. He is the author of a graphic novel, a novella, a children's book, and the novel Since I Laid My Burden Down. The recipient of a 2018 Whiting Writers' Award for Fiction, he was named one of the thirty-two Black Male Writers of Our Time by T: The New York Times Style Magazine in 2018. Purnell is also the frontman for the band the Younger Lovers, a cofounder of the experimental dance group the Brontez Purnell Dance Company, the creator of the renowned cult zine Fag School, and the director of several short films, music videos, and the documentary Unstoppable Feat: The Dances of Ed Mock.