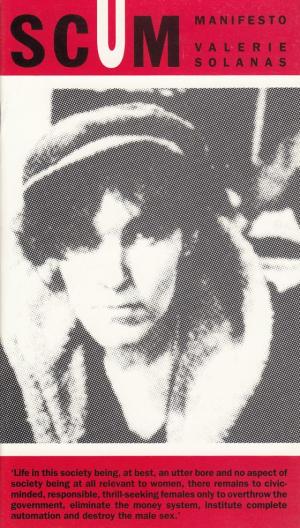 First circulated on the streets of Greenwich Village in 1967, the SCUM Manifesto is a searing indictment of patriarchal culture in all its forms. Shifting fluidly between the worlds of satire and straightforward critique, this classic is a call to action—a radical feminist vision for a different world.

“Life in this society being, at best, an utter bore and no aspect of society being at all relevant to women, there remains to civic-minded, responsible, thrill-seeking females only to overthrow the government, eliminate the money system, institute complete automation, and destroy the male sex.”