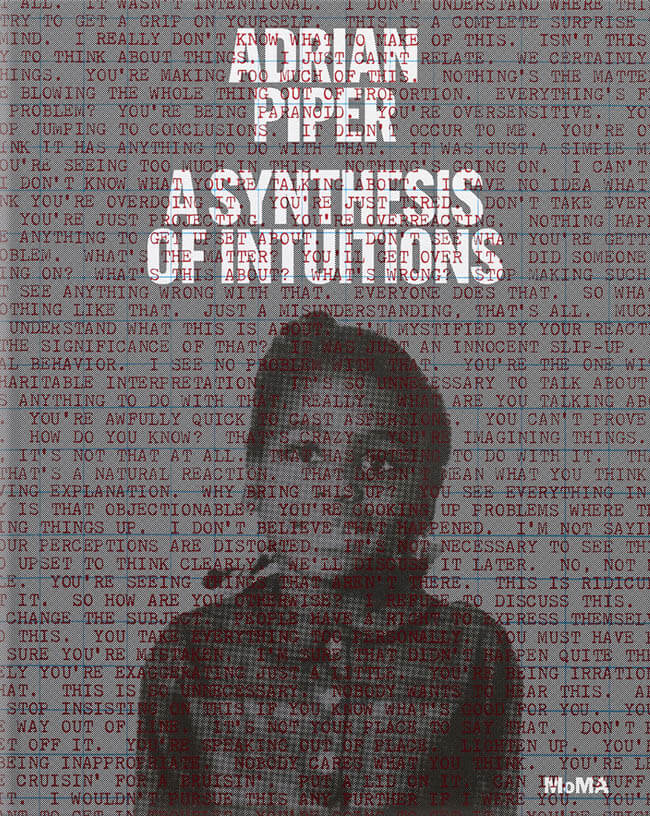 Adrian Piper has consistently produced groundbreaking work that has profoundly shaped the form and content of conceptual art since the 1960s. Strongly inflected by her longstanding involvement with philosophy and yoga, her pioneering investigations into the political, social, psychological and spiritual potential of conceptual art have had an incalculable influence on artists working today.

Published in conjunction with the most comprehensive exhibition of her work to date, this catalog presents more than 280 artworks that encompass the full range of Piper's mediums: works on paper, video, multimedia installation, performance, painting, sound and photo-texts.

Essays by curators and scholars examine her extensive research into altered states of consciousness; the introduction of the Mythic Being, her subversive masculine alter-ego; her media and installation works from after 1980, which reveal and challenge stereotypes of race and gender; and the global conditions that illuminate the significance of her art.

Previously unpublished texts by the artist lay out significant events in her personal history and her deeply felt ideas about the relationship between viewer and art object. This publication expands our understanding of the conceptual and post-conceptual art movements and Piper's pivotal position among her peers and for later generations.

Adrian Piper (born 1948) is a first-generation conceptual artist and analytic philosopher. She received an AA in Fine Art from the School of Visual Arts in 1969, a BA in Philosophy with a minor in Medieval and Renaissance Musicology from the City College of New York in 1974 and a PhD in Philosophy from Harvard University in 1981. Piper's artwork is in the collections of The Museum of Modern Art, the Centre Pompidou, the Metropolitan Museum of Art, the Generali Foundation and the Museum of Contemporary Art of Los Angeles, among others. 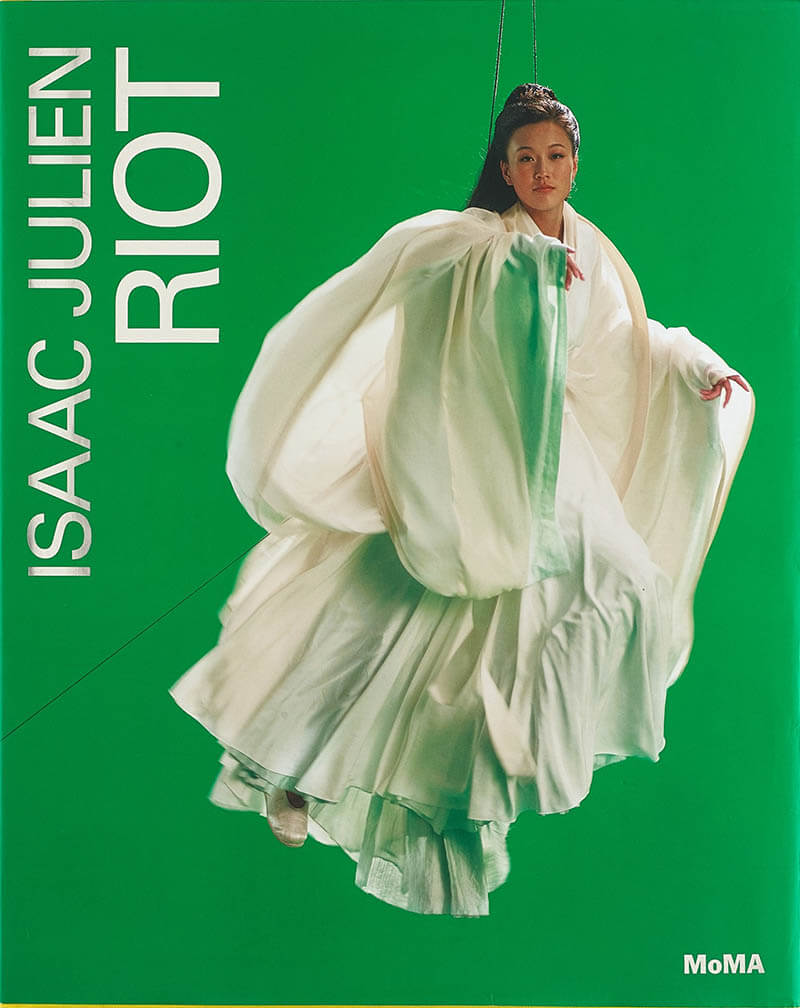 Riot is an intellectual biography of artist and filmmaker Isaac Julien (born 1960), looking at key moments in his career and discussing the influences that shaped them. Julien's trail-blazing career has moved across film and art, documentary, biography, narrative film and multi-screen installation, and has drawn on influences as disparate as silent cinema, cultural studies, Chinese myth and pirate radio culture. Riot is the first career-long overview on Julien, situating his work in the context of his personal and intellectual development: the friendships, mentors, night clubs, films, politics, records and the artworks that informed his practice. The backdrop to Julien's own story is a collage of some of the most important political and cultural events of the past 30 years: Thatcherism and the rise of neo-liberalism, the AIDS epidemic, punk rock, social riots, the globalization of the art market and the movement of filmmakers into the gallery.