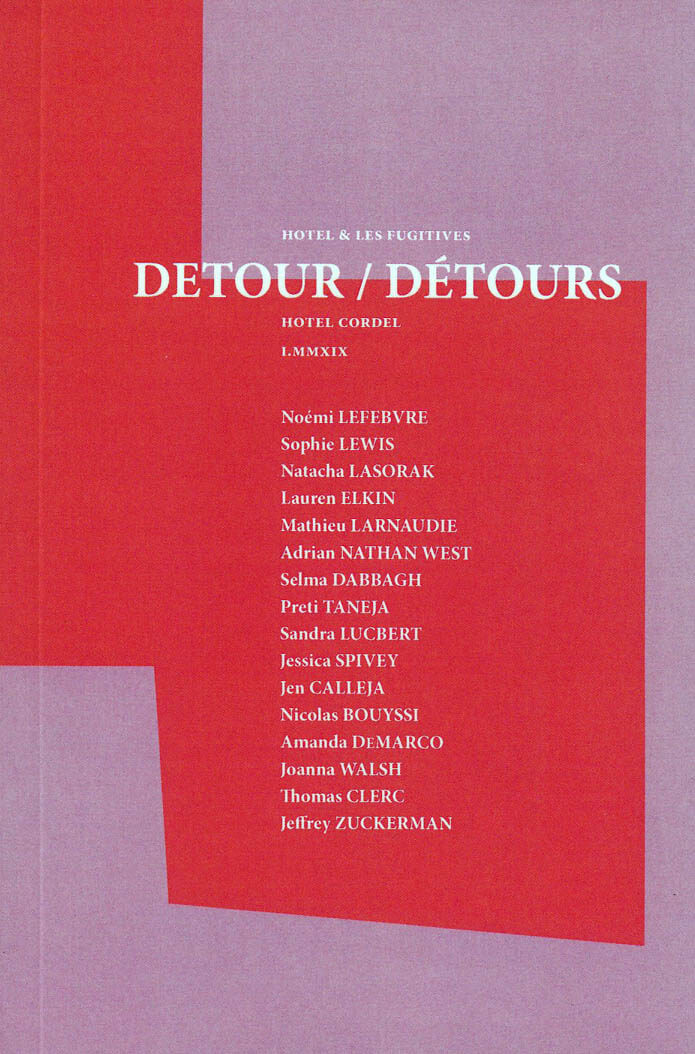 Detour/Détours imagines debt as a language game: as a broken pun; a break in a journey; a play on value and the meaning of money as it changes hands. Or in terms of Guy Debord’s détournement — as a debt reimagined through the integration of old works into something new.

The word debtor owes etymologically to the old French deteur. But — moving into English — its first appearance dates back to the early 13th century and — sounded out as dettur, dettour or detour — debt can be read as an elaboration on the mottled intimations of a detour with a little poetic license. A detour is a deviation, a digression; a play on our various senses of direction. Exploring the will, want or need to take the long way around — and seeking to bastardize and scrutinize our relationship with (and conceptualization of) a statement of debt — here we have a set of searching works that critique all our methods of repayment. Participating authors were given free rein to produce a piece of writing in response to these ideas, and the works included herein — five first English-language translations and five original texts — wind their way around the weight of the word ‘debt’ in ten attempts to reroute its meaning.

Questions of Worth by Noémi Lefebvre, translated by Natascha Lasorak and Sophie Lewis
Silent B by Lauren Elkin

A Problem of the Greek Type by Mathieu Larnaudie, translated by Adrian Nathan West
Emotional Debt/Speed of Recovery Matrix by Selma Dabbagh

The Pastoral Calculation by Sandra Lucbert, translated by Jessica Spivey

The Debt Collector by Jen Calleja

Out of Debt by Thomas Clerc, translated by Jeffrey Zuckerman