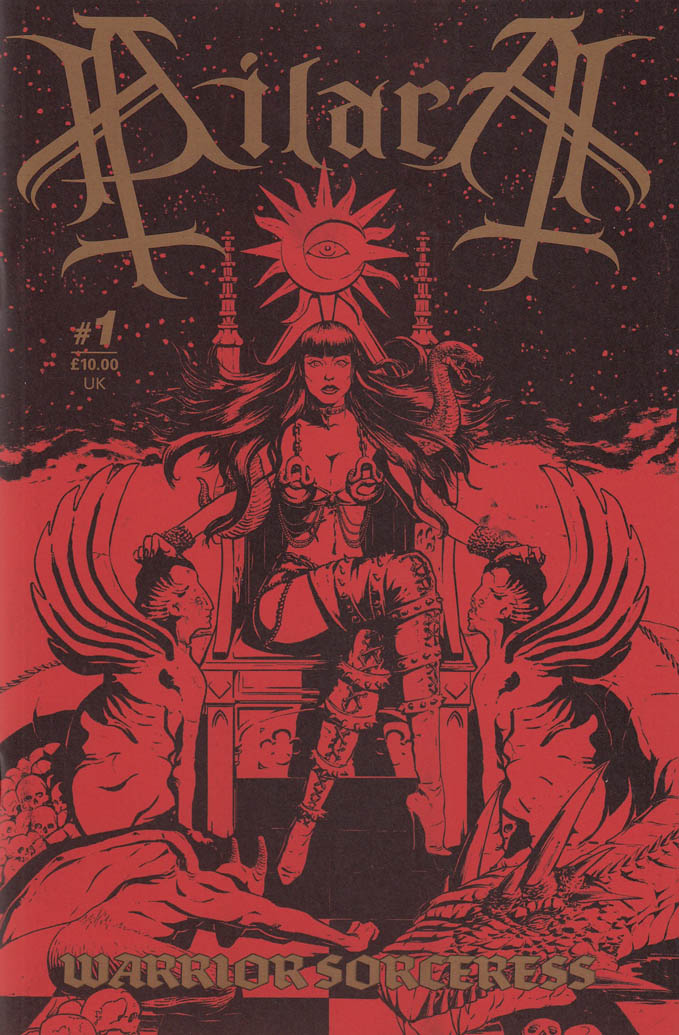 “Dilara: Warrior Sorceress” is a traditional 70s style comic where Dilara is a superhero, a warrior queen with magical powers, living in a floating castle in a sea of the skulls of her opponents.

We join Dilara on an adventure through time and space, kidnapping a glam metal band and teaming up with historical figures to save the world from calamity. The comic is drawn by Benjamin Filby with a story by fantasy writer Amy Tipper-Hale. All of the characters have been styled by Dilara Findikoglu.

It features everyone's favourite fashion designer transformed in to a warrior queen using her magical powers to save the world. Drawn by Benjamin AE Filby and written by Amy Tipper-Hale, this comic is printed in a limited edition of 250.