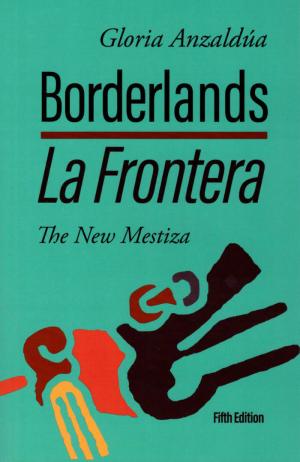 Borderlands/La Frontera: The New Mestiza is a 1987 semi-autobiographical work by Gloria E. Anzaldúa that examines the Chicano and Latino experience through the lens of issues such as gender, identity, race, and colonialism. Borderlands is considered to be Anzaldúa’s most well-known work and a pioneering piece of Chicana literature.

Rooted in Gloria Anzaldúa's experience as a Chicana, a lesbian, an activist, and a writer, the essays and poems in Borderlands/La Frontera: The New Mestiza profoundly challenged, and continue to challenge, how we think about identity. Borderlands/La Frontera remaps our understanding of what a border' is, presenting it not as a simple divide between here and there, us and them, but as a psychic, social, and cultural terrain that we inhabit, and that inhabits all of us.