[launch] Sisters of the Wind by jujulove 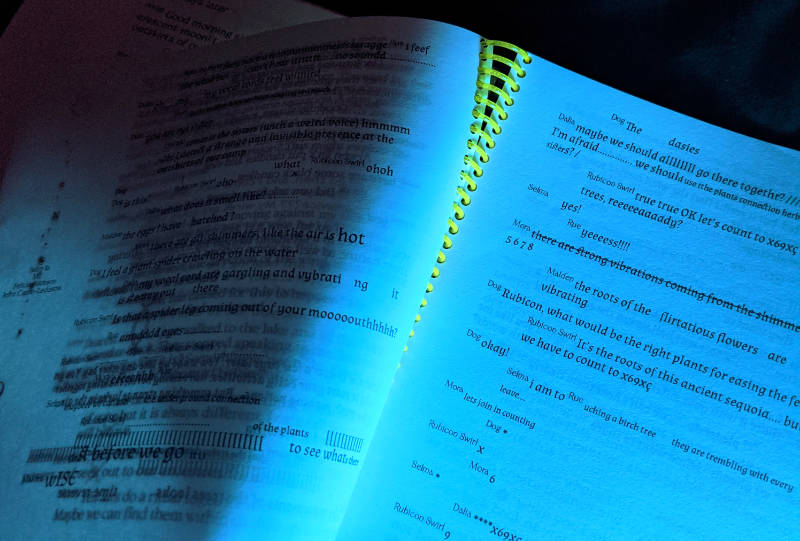 Join us for the magical launch of Sisters of the Wind, a publication by Juliette Lizotte and Office of Metaphors, with an interactive audiovisual performance inspiring potions (homemade cocktails) and mysterious spell books.

Sisters of the Wind is the fruit of artistic research on witches, ecofeminism, and science-fiction carried out between 2018 and 2021 by Juliette Lizotte aka jujulove. It is a story that weaves through seven videos and can be experienced in different ways: an interactive audiovisual performance, an online world-building workshop a role play session, and this publication!

The publication concludes the three world-building workshops and role play sessions part of the project which took place online in February 2021. Performing the worldbuilding and role play exercises in an etherpad—an open source digital tool for co-writing text in real-time—the outcome of the sessions could be archived, used as material for the publication, and turned into a "choose-your-own adventure" story consisting of three parallel worlds. The core of the story is similar, but the direction each world took is quite unique. As the story unfolds, just like the participants of the sessions, the reader is asked to make decisions to travel from one world to another: creating their own version of the story by following their instinct and challenging their impulses!

·°•.sisters
The wind is returning, as it always does. Sometimes it blows so hard that it carries artifacts away from the cities it tore apart, seeds from far away places, trees that didn’t have enough time to grow stronger... That’s why you always seek a protected area to settle in, relocating as the wind comes and goes in waves. You are witches. You pay attention to the world and try to make sense of this life together through the phases of the moon from maiden to mother to crone. In your community, the feminine spirit dominates, and all gender expressions are celebrated. When your precarious life is threatened by an unsettling prophecy announcing a deadly wind that will prepare the earth for a new cycle, will you go on a journey to find the source of this wind? What will you discover on the way? How will this transform you, your sisters, and the earth forever?

Let's embark together on this fantastic journey~°˘ ·

Sisters of the Wind is a work by Juliette Lizotte a.k.a. jujulove

Published by Office of Metaphors

Edition of 100 published by Office of Metaphors, printed in Riso in May 2021 in Amsterdam. During the Launch the publication will be sold for €20.

** This event takes place in accordance with current Covid-19 public safety measures. A maximum of 30 people are allowed in the shop at once. It is mandatory to wear your mask inside. **

ABOUT
jujulove is a world builder, an ecofeminist, a witch, an oracle... Inspired by feminist science fiction, manga, pop culture & fantasy, jujulove opens a parallel world of her own at 170bpm.
jujulove aka Juliette Lizotte is a video maker, designer and DJ based in Amsterdam. Her current research focuses on witches as ecofeminist key figures. Learning from the subversive character of the witch: marginal, powerful and disruptive, with an unsettling relation to nature, Juliette invokes the powers of witches, their spell casting and their engagement with unconventional knowledges to empower bodies and minds.
Juliette is also an active member of Hackers & Designers
https://jujulove.eu/

Office of Metaphors is a publishing project initiated by Kimberley Cosmilla. In December 2020, after conjointly acquiring a RISO printer with her studio-mates, she kicked off her printing and publishing practice in parallel to her graphic design practice. This project came rather organically from the urge to document and spread the work of artists peers in order to grow an audience around their lyrical world while providing accessible publishing alternatives. The motivation of the idea emerges from the fascination for reactive, responsive publishing and distribution of ideas. Defined by a straight forward approach, the Office of  Metaphors offers direct printing possibilities: A4 format and black printing ink (for now…). 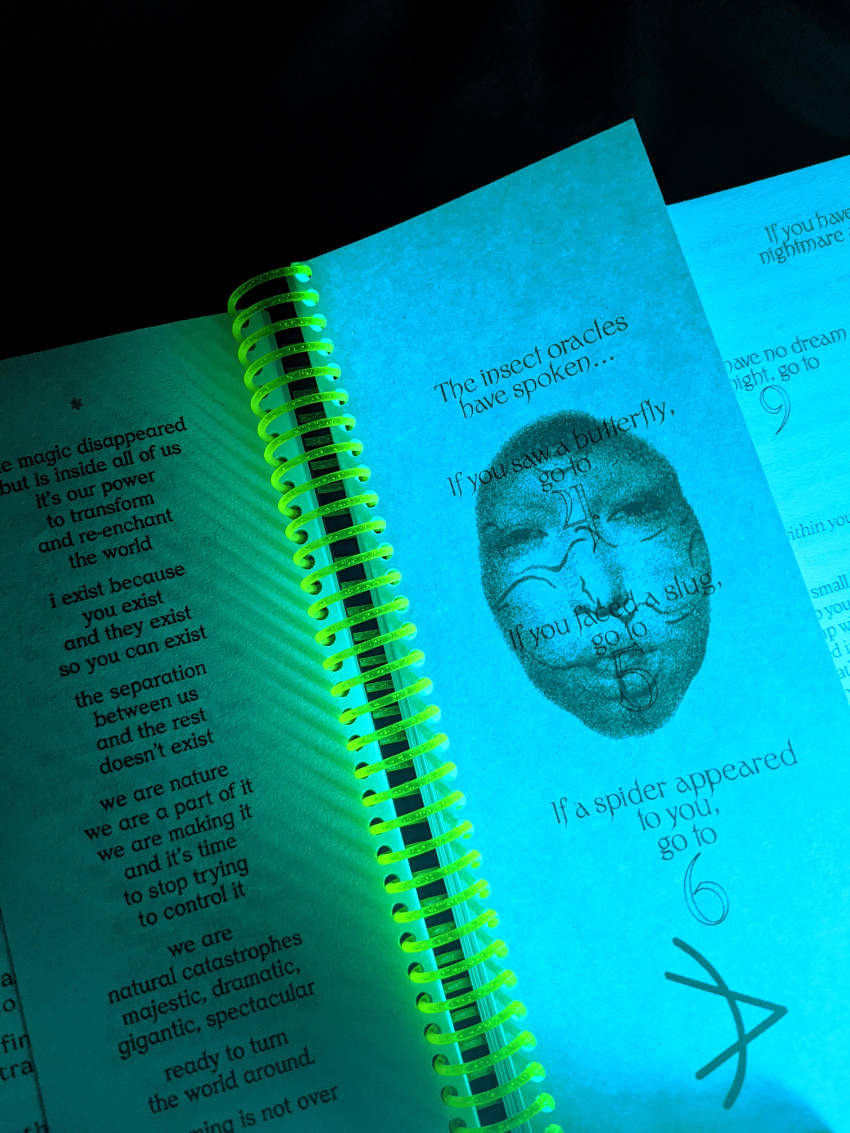