Launch 'My Mother Laughs' + Another Gaze 3 with Daniella Shreir 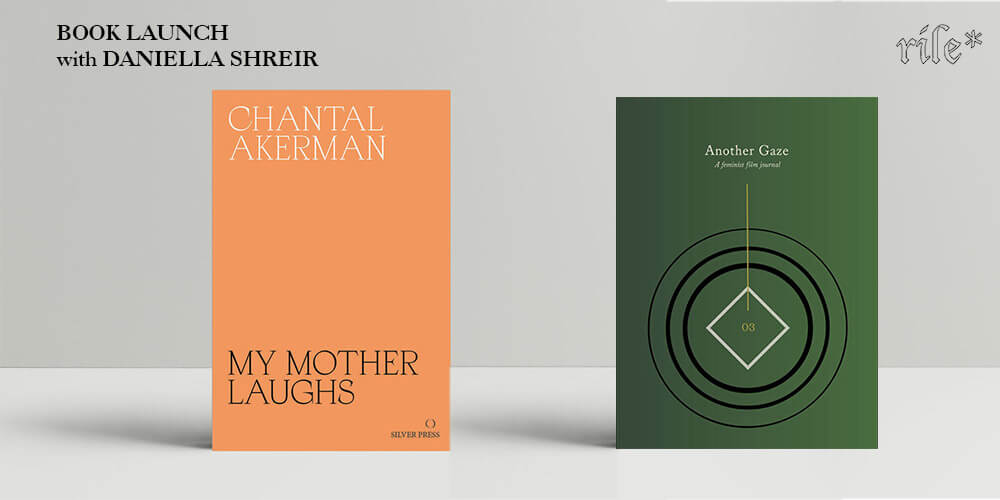 Join us for the joint launch of 'My Mother Laughs' and the new edition of Another Gaze: A Feminist Film Journal, respectively translated and edited by Daniella Shreir.

Daniella Shreir will be joined by Marilyn Watelet, longtime friend of Akerman and producer of many of her films, for a reading from both the translated and original French text. After the readings Tessel Veneboer will join us for a conversation, thinking through the process of translating Akerman’s voice and style, as well as on the artistic practice of translating women's lives onto the screen and page. Tessel is currently writing a review on the occasion of the release of the book.

Tessel Veneboer (1994) studied comparative literature at the University of Ghent and lives in Brussels. Some of her current research interests are New Narrative writing, urban studies, and queer theory. She works as a young programme creator for the International House of Literature Passa Porta and occasionally writes reviews and other forms of literary criticism. She is an occasional bookseller at rile*.

My Mother Laughs is both the distillation of the themes Akerman pursued throughout her creative life, and a version of the simplest and most complicated love story of all: that between a mother and a daughter.

Another Gaze: A Feminist Film Journal is a feminist film journal, founded in January 2016 by Daniella Shreir, and established to highlight the gender inequality of the film industry and amplify the voices of great, often overlooked, filmmakers who identify as women. https://www.anothergaze.com/

My Mother Laughs, published on 23 September by Silver Press, is translated by Daniella Shreir, with an Introduction by Eileen Myles and Afterword by Frances Morgan.
silverpress.org/my-mother-laughs