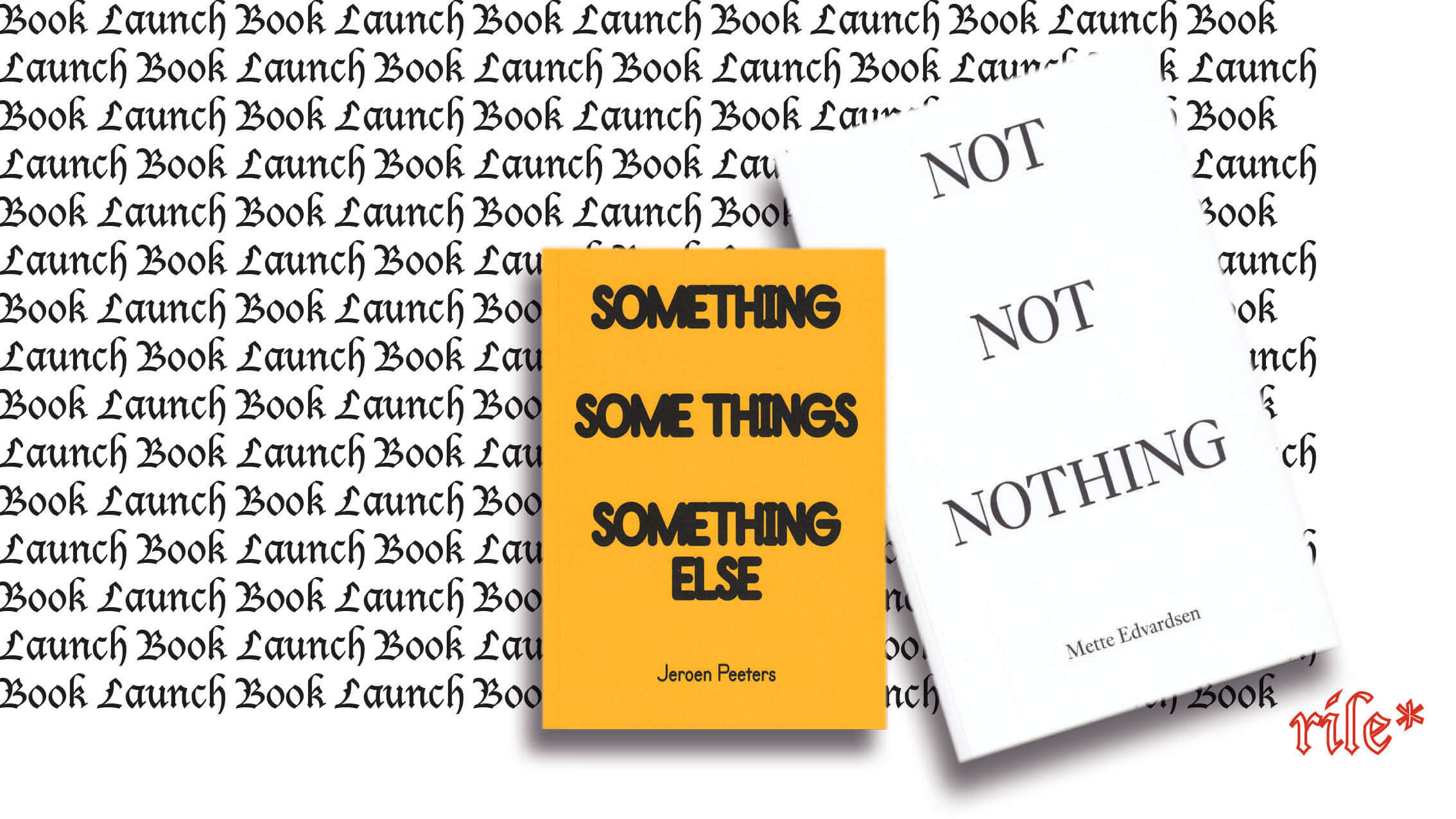 Not Not Nothing
METTE EDVARDSEN
This publication brings together the texts from the pieces Black (2011), No Title (2014), We to be (2015) and oslo (2017) created and performed by Mette Edvardsen. These pieces have been developed using language as material, looking into the relationship between writing and speaking, between language and voice. Mette Edvardsen is working on the verge of the visible, considering choreography as writing.

Mette Edvardsen is a choreographer and performer. Her works also explore other media or formats, such as video, books and writing, and her interest is always in their relationship to the performing arts as a practice and a situation. With a base in Brussels since 1996 she has worked for several years as a dancer and performer for a number of companies and projects, and develops her own work since 2002. She presents her works internationally and continues to develop projects with other artists, both as a collaborator and as a performer. She is currently a research fellow at Oslo National Academy of the Arts (2016-2019).

Something Some things Something else
JEROEN PEETERS
"My desire is to make a piece with nothing." This quest inspired the performance artist Mette Edvardsen to make a series of solo works, from Black to No Title and We to be to oslo . The trail of booklets, postcards and ephemera published in their margins provided by writer Jeroen Peeters with a particular look to Edvardsen's detailed world. The encounter yielded three collections for Mette Edvardsen, essays that honor the literary tradition or composing with fragments and loose ends in search of something. Trying to do as little as possible so that a sense of something else might occur - what's the space of reading such writing?

Jeroen Peeters is a writer, dramaturge and performer based in Brussels. He’s published widely on contemporary dance, art philosophy and improvised music, and on issues such as ecologies of attention, embodied knowledge, material literacy and sustainable development. His interest in documenting the ‘languages of making’ led to a book on Meg Stuart’s practice, Are we here yet? (2010). Through the Back: Situating Vision between Moving Bodies (2014) discusses spectatorship in contemporary dance.

VARAMO PRESS
Varamo Press embraces the unexpected and values of the arbitrary circumstances in which writing comes into being. Snatching, becoming, printing, it gives a paper form to various children of literature that have a fleeting life elsewhere. Varamo Press is a publishing house founded in 2018 by Mette Edvardsen and Jeroen Peeters. It takes inspiration from César Aira's character Varamo, a clerk whose chance encounter with a trio of publishers in a bar inspires an unlikely collaboration that yields a masterpiece or experimental literature. 'The time had come to reap the benefits of his inveterate, impractical habit or holding on to every piece of paper that came into his possession. He only needs copy his notes out, string them together somehow, and allow them to form a book. ' Varamo Press develops publications on a case-by-case basis with the care they require.