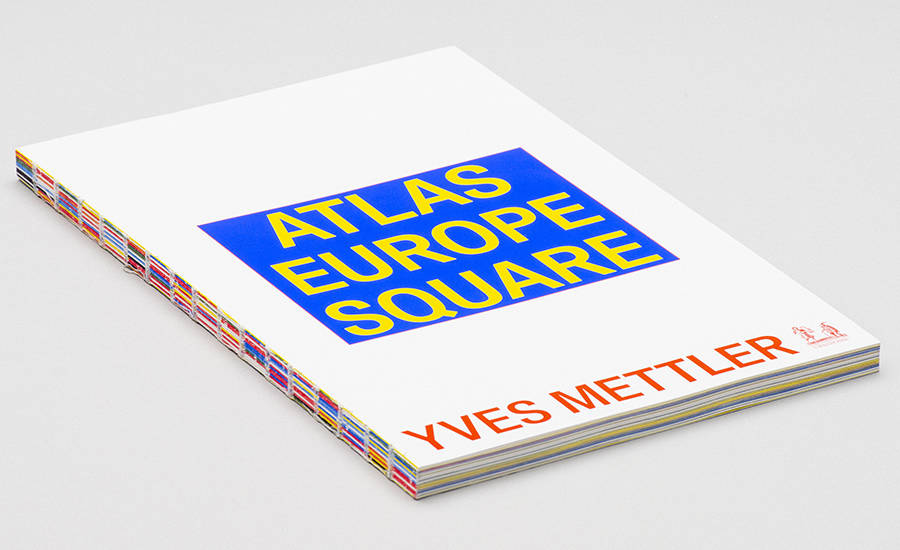 Atlas Europe Square documents a body of work by Swiss artist Yves Mettler who, since 2003, has engaged in an ongoing mapping and documentation of these sites, along with a series of projects triangulating between particular squares, interrogating their differing architectural, environmental, and public functions, and what they tell us about the ideality of ‘Europe’ and the (im)possibility of its concrete instantiation.

Here this work is extended into reflections on the relationship between art and public space, site-specificity, and the artist’s own implication in the imaginary of Europe as he becomes enmeshed in a network of projects, funds, and public bodies that seek to promote ‘European culture’ through art.

Alongside extensive photographic documentation, Atlas Europe Square contains texts by the artist alongside texts by Reza Negarestani, Teresa Pullano, Laurent Thévenot, and Stephen Zepke, discussing Mettler’s work and addressing the question of how to square ‘Europe’ with the contemporary complex that connects the city to the nation state and the global economy.

PROGRAM
19:30 Opening
20:00 Presentation of Atlas Europe Square, followed by a performance of the video dialogues from the book (for 2 to 4 voices).
20:30 Conversation with Yves Mettler, Amy Ireland and Robin Mackay

ABOUT
Yves Mettler’s work aim at building a sense for today’s global urbanisation processes. His work ranges from interventions in the public space to sound installations. The works present a narrative fabric, giving the urban environment a polyphonic, emotional, and often humourous, expression. Since 2003 he develops a research & art practice around urban places called “Europe square”, cultivating the spaces between urban reality and symbolic values. His works have been shown at Hamburger Bahnhof, Berlin (2017), Bozar, Brussels (2016), Kunsthaus Langenthal (2012), Bawag Contemporary (2009) et Archilab (2008). In 2010, he participated in Bruno Latour’s Art and Politics Pilot project at Sciences-Po. He holds an MFA from the Vienna Art Academy and an MA in Art Theory and Language, EHESS, Paris.
https://www.theselection.net