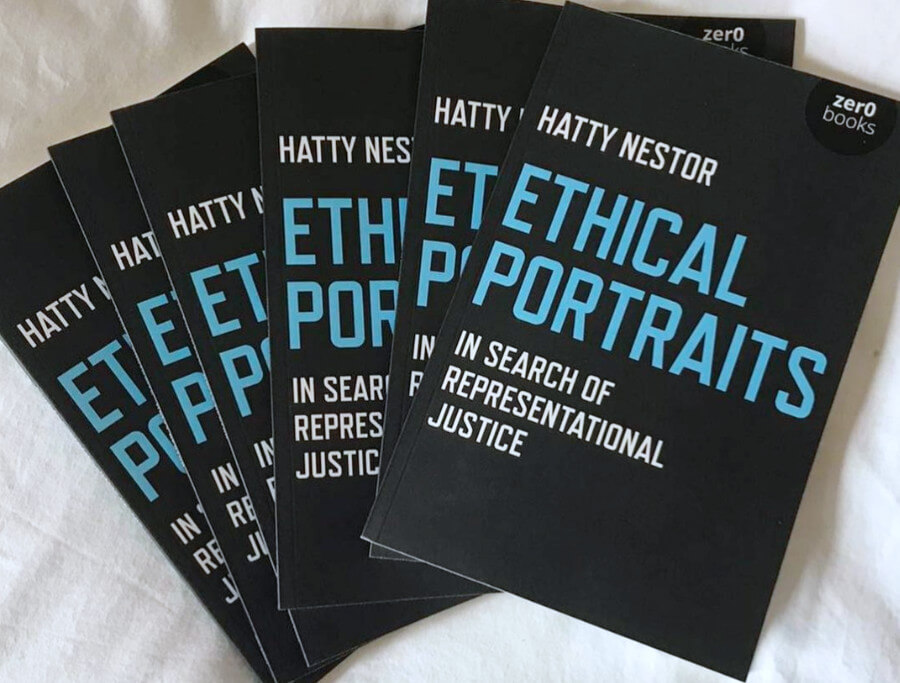 Join us [online] for the launch of Ethical Portraits a new publication by Hatty Nestor, she will be joined in conversation with writer Alex Quicho.

Ethical Portraits (Zero Books) investigates the representation of the incarcerated in the United States criminal justice system, and the state’s failure to represent those incarcerated humanely. Through wide-ranging interviews and creative nonfiction, Hatty Nestor deconstructs the different roles of prison portraiture, such as in courtroom sketches, DNA profiling, and the incarceration of Chelsea Manning.

Prisons systematically dehumanise the imprisoned. Visualised through mugshots and surveillance recordings, the incarcerated lose control of their own image and identity. The criminal justice system in the United States does not only carry out so-called justice in ways that compound inequality, it also minimises the possibility for empathetic encounters with those who are most marginalised. It is therefore urgent to understand how prisoners are portrayed by the carceral state and how this might be countered or recuperated. How can understanding the visual representation of prisoners help us confront the invisible forms of power in the American prison system?

Hatty Nestor is a cultural critic and writer, published in Frieze, The White Review, Granta, and many other publications. She is currently completing a PhD at Birkbeck, University of London on Ana Mendieta. Ethical Portraits (2021) is forthcoming with with Zero Books.

Alex Quicho lives in London, UK. Her writing on identity, technology, and power has appeared in The New Inquiry, Art Review, The White Review, and others. Small Gods, her book on fear, transcendence, and drones in contemporary art, is out in April 2021.