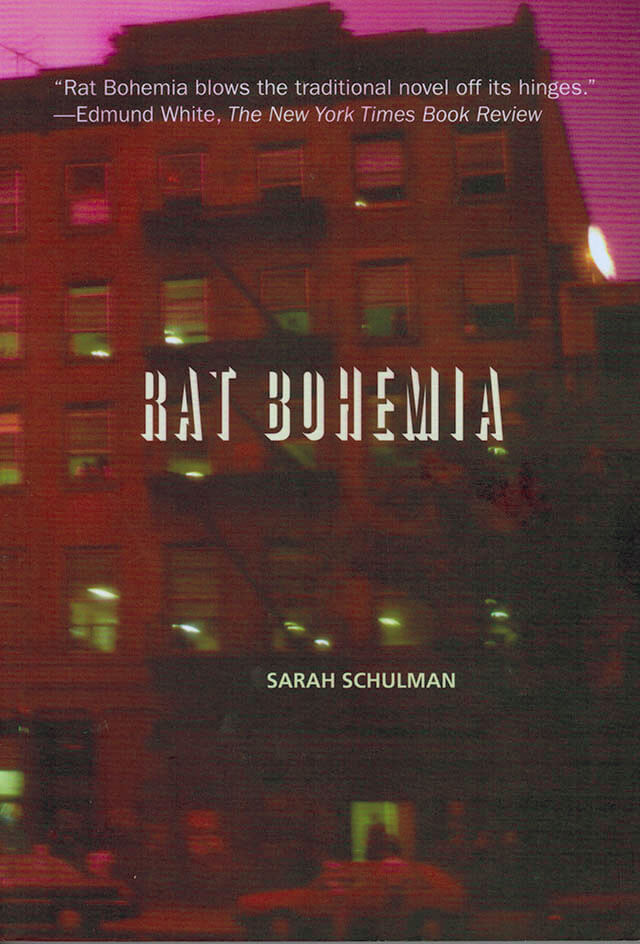 First published in 1995, this award-winning novel is a bold, achingly honest story set in the "rat bohemia" of New York City, whose huddled masses include gay men and lesbians abandoned by their families and forced to find new bonds with one another in the wake of this loss. Navigating the currents of the city are three friends: Rita Mae, a rat exterminator; Killer, a career plant-waterer; and David, an HIV-positive writer. Together, they seek new ways to be truthful and honest about their lives as others around them avert their glances. Alternately elegiac, defiant, and funny, Rat Bohemia is an expansive novel about how one can cope with loss and heal the wounds of the past by reinventing oneself in the city.

Rat Bohemia won the Ferro-Grumley Award for Lesbian Fiction and was named one of the "100 Best Gay and Lesbian Novels of All Time" by the Publishing Triangle.

Sarah Schulman is the author of eleven previous books, including eight novels, the latest being The Child (2006). As a journalist, her essays have appeared in The New York Times, The Nation, and Interview. She has won a Guggenheim Fellowship and two American Library Association Gay & Lesbian Book Awards. She lives in New York.