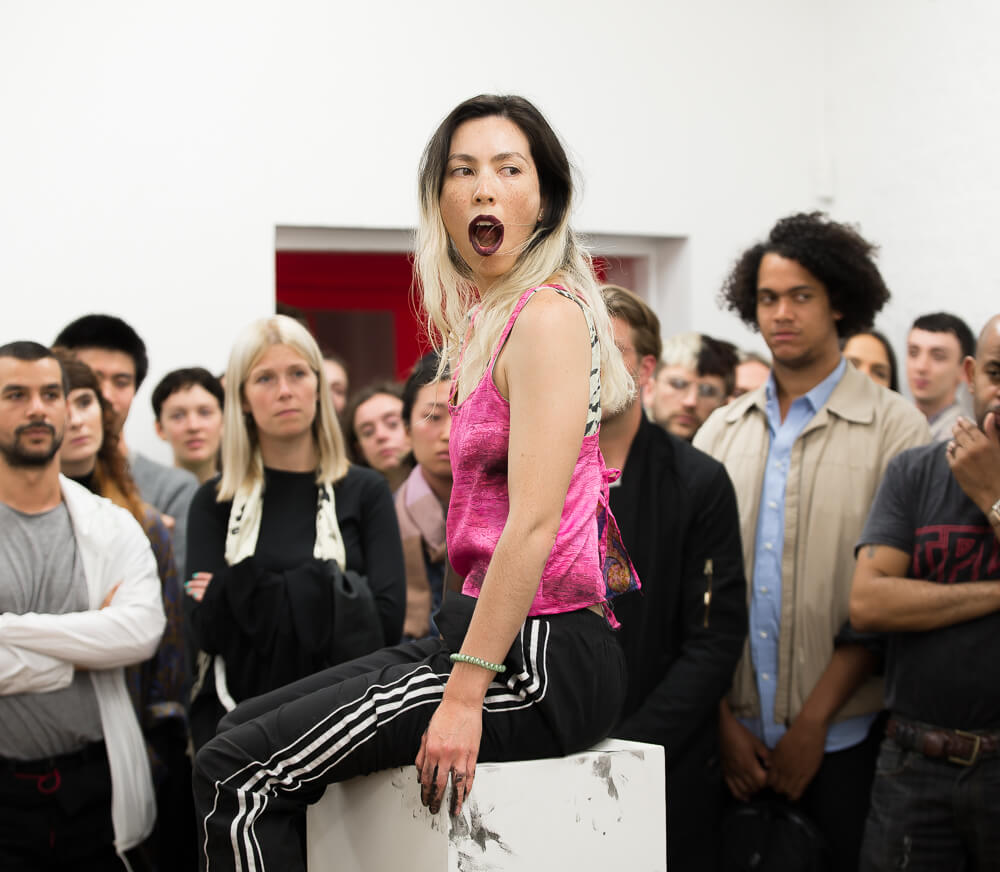 on May 9th rile* opens its doors, eyes and heart. we invite you to join us for the launch of our book shop and project space with a performance of Body Loss by Angela Goh and a reading of Hydrangea by Holly Childs. rile* comes from a joint interest in thinking of publishing as an expanded practice. it works as a project space and book shop for practices moving between performance, poetry, research, choreography and (independent) publishing. x

"Somewhere there is a Siren. The disembodied female voice is perhaps even more horrific than the female body. The dark in itself is not as frightening as the imagination it lures.

Sound produces an image – hearing the female voice provokes an imagination, and our cultural imagination of the female runs wildly through the depths of monstrosity. Throughout the history of folklore, film, and popular culture, the female voice is gendered, sensationalised, feared and fantasised as much as the female body – always on the unstable borders between the angelic and the horrific.

Like the voice, Body Loss erupts from the mouth – that tunnel between interiority and exteriority, biology and language, materiality and meaning – the fantasy and the gateway through which one can eat the world which is consuming it." (A.G.)

Hydrangea is a myth about myths created by Holly Childs and J. G. Biberkopf. The work follows two characters: Belief and Knowledge as they navigate an ancient forest, in which they come upon a book entitled “Gnarled Roots of a Creation Theory”, named after the PhD thesis of an Australian computer scientist and entrepreneur who claims to be the architect of Bitcoin.

Angela Goh is an Australian dancer and choreographer working with dance in theatres, galleries, and telepathetic spaces. Her work considers the body in relationship to commodity, materiality, technology, and feeling, and explores how meaning is both revealed and obscured through image making. www.angela-goh.com

Holly Childs is a writer and artist based in Amsterdam and Sydney, researching languages and emotions of systems. Author of Danklands (Arcadia Missa, 2014-7) and No Limit (Hologram, 2014). Postgraduate researcher in The New Normal program at Strelka Institute, Moscow (2017) and runner-up in TLB’s Experimental Non-Fiction Prize (2017). www.hollychilds.com